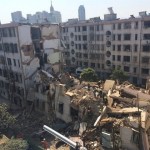 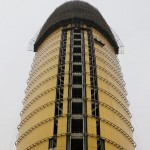 The New York Times launched a China blog called Sinosphere, and here they are writing about People's Daily's new penis building in Beijing: 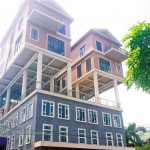 I'm not an expert on architecture, but building houses on stilts on top of houses seems like a tricky proposition. The lesson here may be that we shouldn't underestimate the strength of 10 concrete pillars? I'm not sure. 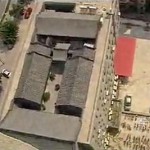 This is definitely now a thing. First the high-rise villa in Beijing, then the temple in Shenzhen, and now this: a courtyard atop an office building in Shijiazhuang, Hebei province. An entire siheyuan! Whatever happened to rich Chinese simply investing in art? 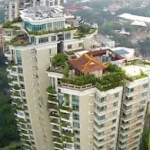 A microblogger recently noticed a temple built upon the roof of a housing complex in Shenzhen, AFP reports, because why wouldn't there be a temple there? It seems like Zhang Biqin of Beijing isn't the only person into that sort of thing. The temple sits on top of a 21-storey apartment. The suspected owners haven't been identified, and media have not been able to get them on the record to ask ,WTF? 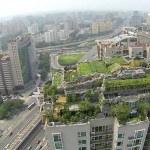 The dude who built this may be a charlatan and asshole who's ignored sensible maintenance requests for four years and is about to get chai'ed, but Zhang Biqin deserves at least a little credit: his "high-rise villa" in Beijing's Haidian district makes for some pretty stunning visuals. 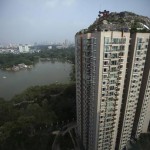 This is cool and all at first glance, but let's call a spade a spade: it's illegal, and not so cool if you're living underneath this rooftop villa, i.e. inside the 26-floor apartment building. Somehow, the rich bastard who built this -- a medical practitioner (quack?) with a private business (definitely quack) known as "Professor Zhang" -- has accomplished the nearly impossible: made us root for chengguan. 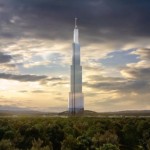 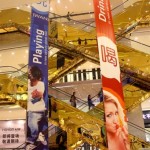 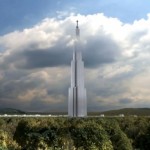 It's finally happening. "Sky City," by the Chinese firm Broad Sustainable Construction (BSB), will be 838 meters (2,749 feet) tall upon completion, making it taller than the Burj Khalifa by 10 meters. Whether it takes 90 days to complete -- as BSB has advertised -- or longer, it will nonetheless be a huge accomplishment, and another feather in China's architectural cap.