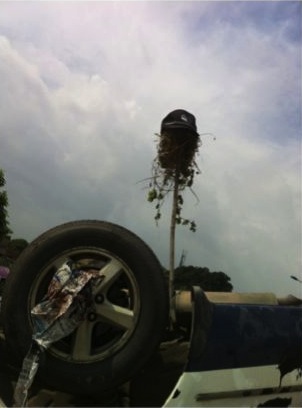 China Digital Times curates a news story from Caijing reporting that yesterday before dawn, thousands of residents clashed with hundreds of riot police in Zuotan, part of the city of Foshan, Guangdong province. According to Caijing: “Zuotan officials secretly arranged for the sale of land in three neighborhoods to developers. The officials thought they could claim every inch of land, never once considering that anyone could read the announcement of these arrangements on government websites. The news enraged the villagers, spurring them to protest.” The riot police have since deserted the premises.

According to Guangming Online via Hebei News, “yesterday at 2:40 in the morning, two village cadres who were trapped have been rescued.” Rescued was the word they used. Apparently there had been a shareholders meeting involving government staff, and 20 or 30 “uninvited” villagers showed up. More and more people arrived, surrounded a bus with cadres inside, and wouldn’t let them leave — for nine hours, until their “rescue.” The story says that government staff tried to get the villagers to calm down, but that a cop car was eventually overturned, and 78 villagers were injured in the incident. “Most had minor scrapes and would not need medical treatment.” After a 70-year-old villager was sent to the hospital, the article takes care to mention, the town government sent people to visit. Again, all according to Guangming Online.

CDT reports that “some netizens speculate that the village secretary is a ‘naked official’ [someone who funnels illegal funds to family overseas] whose family lives in Australia. Sina Weibo has already blocked ‘Zuotan’ (左滩) from search results and deleted posts showing photos from the conflict.” Not before CDT got the following pictures though (they appear after the jump along with a few other images we found; also, the Weibo of javanjun features at least two photos that haven’t been removed, along with his note that, “I don’t need to search [for 'Zuotan'], this news will be forwarded like crazy”). 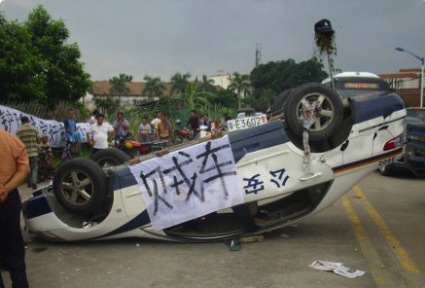 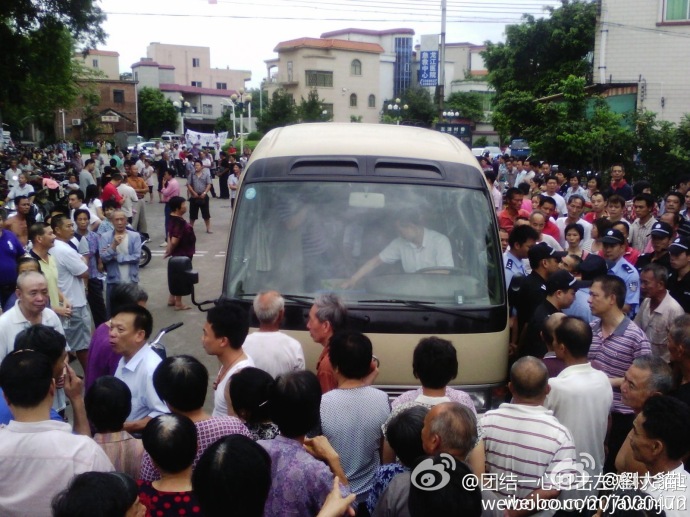 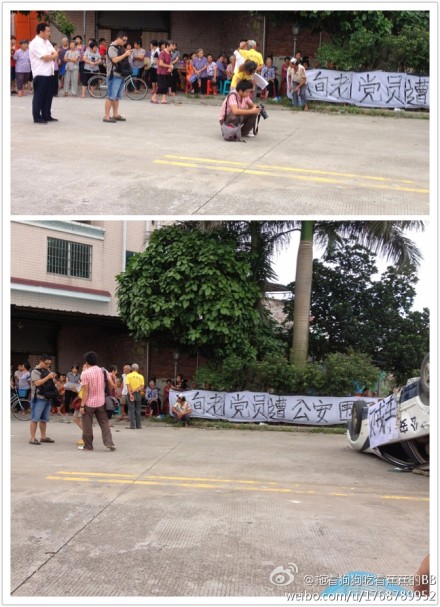 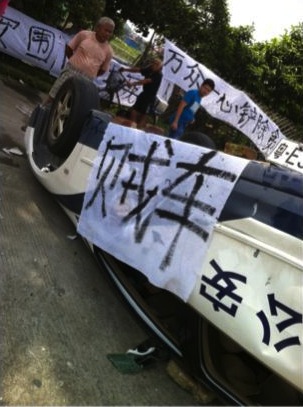 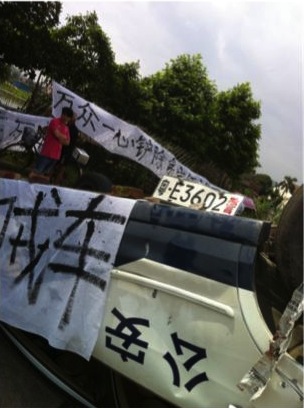 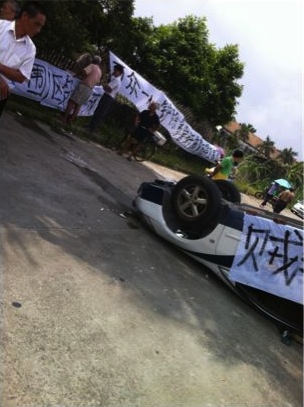 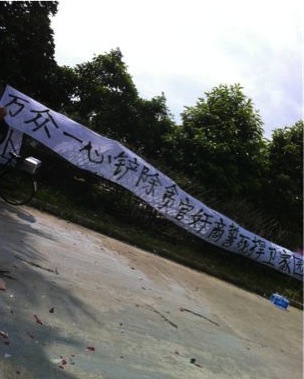 2 Responses to “Upheaval Over Land Dispute In Guangdong”