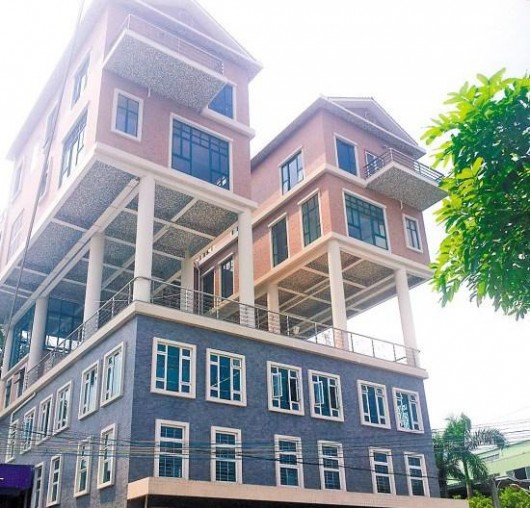 I’m not an expert on architecture, but building houses on stilts on top of houses seems like a tricky proposition. The lesson here may be that we shouldn’t underestimate the strength of 10 concrete pillars? I’m not sure.

Two houses supported simply by pillars appear on the roof of a three-storey building in Dongguan, called by netizens as “castle in the air” or “sky houses.” Chengguan call them illegal constructions.

These Dongguan, Guangdong province constructions were spotted and publicized just earlier this month. They’ve been around for a few years though, much to chengguan’s chagrin. “Chengguan will deal with them according to law,” reports Hug China.

We wonder: their law, or the one that lets other illegal structures on rooftops stand for years and years? We don’t know who to root for anymore.