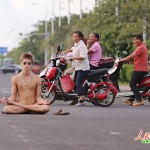 We're not sure why there's a naked foreigner -- a student, says People's Daily -- in the middle of a road in Haikou, Hainan province, but here he is, all sunglasses and sandals (Crocs?), minding his business. 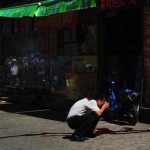 I'm going to leave this here and back away, because I don't even -- The body of woman, who was beheaded by a man on Friday morning, June 28, 2013 outside a supermarket in Sanya, south China's Hainan Province, is seen lying on the ground. The attacker has been held by police, while the victim has not been identified. 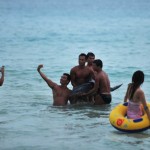 Look at these douchenozzles. A dolphin was found stranded in a swimming zone of Dadong Sea in Sanya, Hainan province on June 16, and while waiting for animal rescues to arrive, a few swimmers decided to lug the poor creature out of the water for photos.

Surely at some point we've all encountered street racers or speeding motorcyclists in China, usually young people with too much money and too much time. And how many of us have been able to suppress the thought, I really hope they get into trouble. Death? No, not that. But trouble -- a hefty fine, a 12-point driver's license deduction, a single-vehicle wreck... 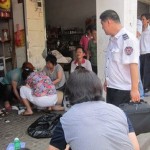 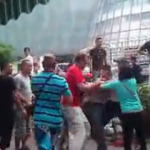 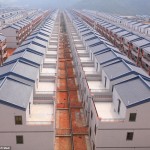 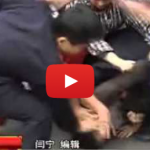 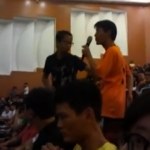 Chinese pundit Sima Nan, known for, among other things, spewing anti-America rhetoric despite having no qualms about visiting America and getting his head stuck in a Dulles Airport escalator, was giving a lecture at Hainan University yesterday when he ran into a proverbial buzz saw A student took the microphone, stood up, and began coolly rebuking the man on stage, who grew increasingly agitated as it became clear that many of the cheering students in the auditorium weren't on his side. At the 2:30 mark, the student hurls his shoe onto the stage -- a good 20-yard throw, it seems -- drawing more applause.