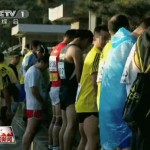 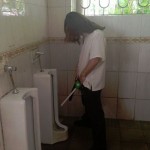 A key to entrepreneurial success is being unafraid to be great while also being unafraid to fail. The "pee straight funnel," without a doubt, will fail as a commercial item -- but that doesn't mean it's not great. 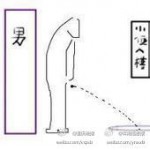 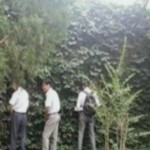 Here’s the latest from the chronicles of bad places to relieve yourself. Last week, one Cao Liping spied about a dozen tourists peeing on a vine-covered wall near the 17 Arches Bridge in Beijing’s Summer Palace. Angered, he snapped the above photo and posted it to Sina Weibo, where it predictably triggered uproar. CCTV and People’s Daily... Read more » 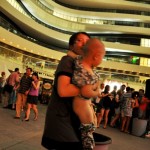 BJC reader Phoebe sends this preliminary report from this past weekend's Craft Beer Festival at Galaxy Soho: A bratty five-year-old looking kid yelled "wo yao niao niao!" at his parents who immediately picked him up, pulled his pants down and held him over a bin, a foot away from where we were eating and drinking. The father laughed as I took photos and told him how disgusting it is and that there is a bathroom right through the door behind him. His response: "My kid doesn't like bathrooms, he's afraid."

A 22-year-old man jumped out of a moving bus on a Sichuan province freeway and died, reports Chengdu Business Daily via Global Times. Why did he jump? "He asked me to park the bus because he needed to pee," said the bus driver, Liu Renzi, who was en route to Ziyang from Chengdu that day. "I asked him to wait because it's not safe to park on the freeway. I told him that there was a restroom at Shiqiao service zone, which would take about 10 minutes to reach." 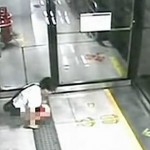 "No video this time," we said on Tuesday about the latest public pooper in Shenzhen. We were wrong. Above, the video.