In Hong Kong, millions take the Peak Tram every year, making it one of Hong Kong Island's biggest tourist draws. And where there's tourists, there'll be vendors who try to capitalize. Unregistered taxi drivers, for instance. 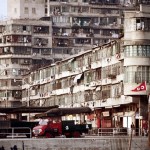 By Alicia Business Insider has published a 33-photo slideshow of photographer Nick DeWolf’s work called “What Hong Kong Looked Like 40 Years Ago,” and it’s hard for me to believe that these were taken only a decade before I was born. Hong Kong looked so different, yet familiar. Seeing these, I feel a twang of nostalgia for the things... Read more » 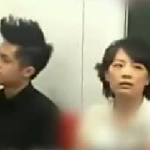 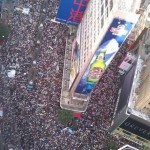 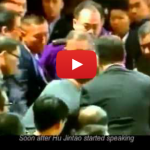 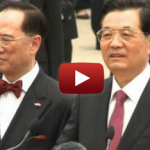 Chinese president Hu Jintao landed in Hong Kong on Friday to take part in a three-day trip to commemorate 15 years since the colony was handed back to China from the UK (today is anniversary day, actually). Watch him make prepared comments to assembled media, above -- but only if you're well rested or caffeinated. I'm falling asleep just replaying the scene in my mind. The worst part about it is: he's not even saying something important or, for god's sake, solemn. He's being a wet sock for the hell of it, I think. Hu Jintao, world's greatest troll. 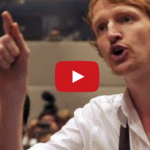 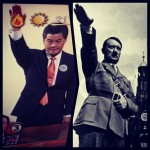 Via BadCanto, i.e. Dictionary of Politically Incorrect Hong Kong Chinese; Youku video for those in China after the jump The team in white is Kitchee, and they’re good. They beat the team in purple, ESF, 16-0 earlier in the year, according to the Youtube video above. But apparently ESF lied about the score, saying they... Read more » 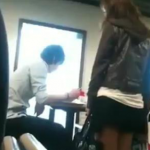 So the one on the left, standing, says, "Slap those mainland bitches who come to Hong Kong to give birth! And I don't mean with fines..." The one on the right, sitting, goes, "We can't be like them -- now we're arresting birthing agents. What is this, China?" And the first one's like, "I'm talking about mothers," to which the other responds, "You calling me fat?," prompting, "You're way too ugly to be a mother," and finally, "Well you're a locust!" And then the one on the left throws some liquid at the one at the right...