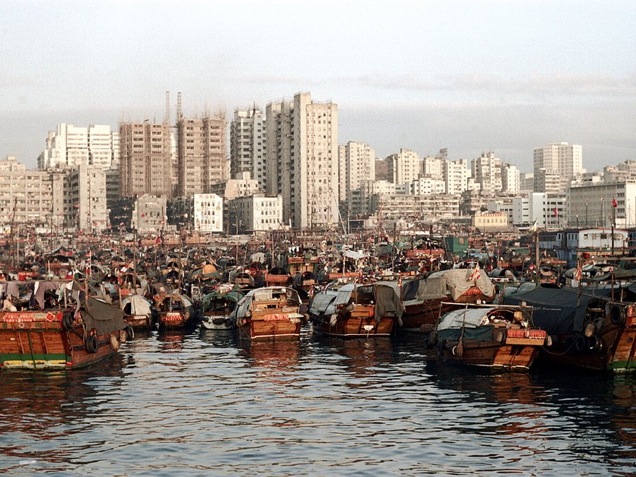 Business Insider has published a 33-photo slideshow of photographer Nick DeWolf’s work called “What Hong Kong Looked Like 40 Years Ago,” and it’s hard for me to believe that these were taken only a decade before I was born. Hong Kong looked so different, yet familiar. Seeing these, I feel a twang of nostalgia for the things I remember from childhood, and perhaps for some things I don’t.

I wasn’t around during the ’70s, but I’ve imagined what it would have been like to view Hong Kong outside the shadow of skyscrapers and the now-universally recognizable skyline of Victoria Harbor. I still find it incredible how the city has grown from a small fishing town to a global metropolis that some people rank among the best in the world.

But above all else, the city depicted in these pictures is still recognizable as Hong Kong. It would be a shame if the Pearl of the Orient ever loses its many unique elements, which are hard to describe, much less list here, that make it exactly what it is — that make it, for me, home. 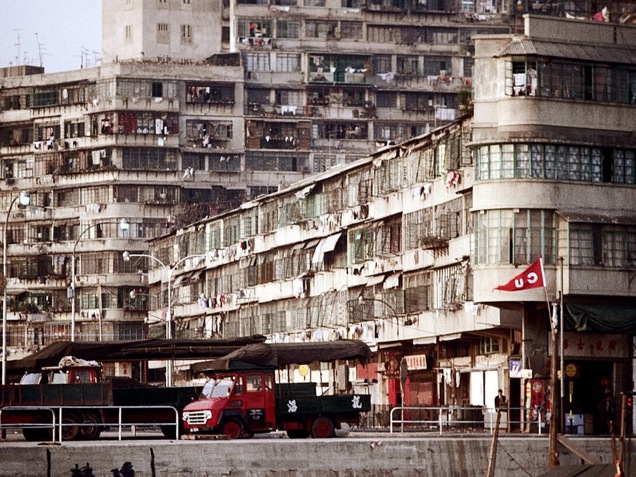 I was fortunate to have never lived in quarters as cramped as the above, but my parents have told me stories of what that experience was like. Everything was communal. Up to six people would sleep on the same bed, and the kitchen and bathroom would be shared with other families in the building. As I go through these images, I’m reminded of my parents’ stories, and what a different upbringing I had as a single child. Back then, I wanted siblings, so I fantasized about laying in bed, telling stories and listening to them on sleepless nights. I envied my parents’ generation. Of course, the lens through which we look at the past is always tinted by the present, a fact that I now know but failed to realize back then.

Many old buildings have been demolished and replaced with bigger residential and commercial properties stocked with all the modern amenities. I suppose that’s okay. But as Hong Kong rises upward, people become dispersed, and I imagine the energy that was bundled together, in such close quarters, loses something in the process. 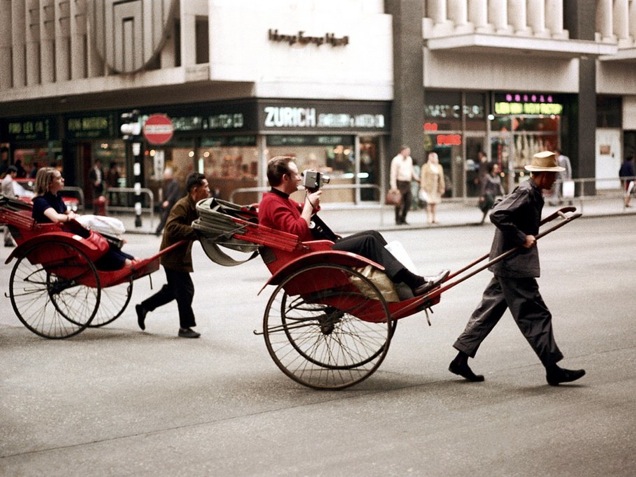 There are many things I wish I had tried, like riding a rickshaw. When I was young, I had the opportunity, but I never took it. They would always be around, I thought. But then I left for boarding school and college, and when I returned to Hong Kong, the rickshaws were gone. They’ve never come back. 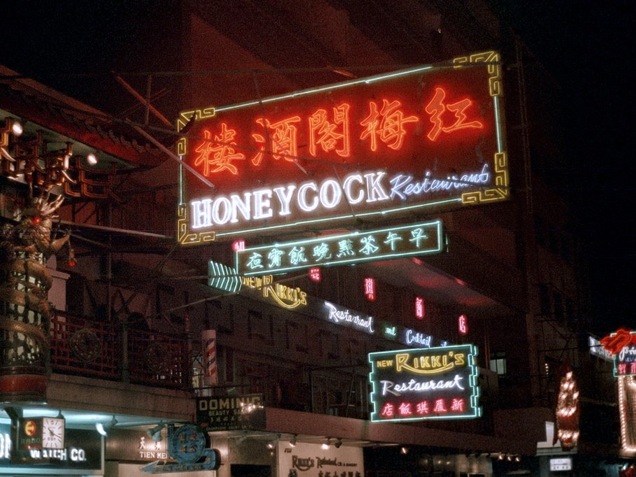 Some artifacts of that bygone era are still around, and in fact remain familiar. Take the neon advertisements, probably as bright and attention-grabbing to today’s tram riders as they were to yesterday’s. The tram: that still runs now, from one side of Hong Kong island to the other. Even so, we’ve changed: no longer wide-eyed and easy to please like before, the tram is now just another mode of transportation, no longer a fun joyride down narrow streets abutted by bright, brassy and flashing signs. 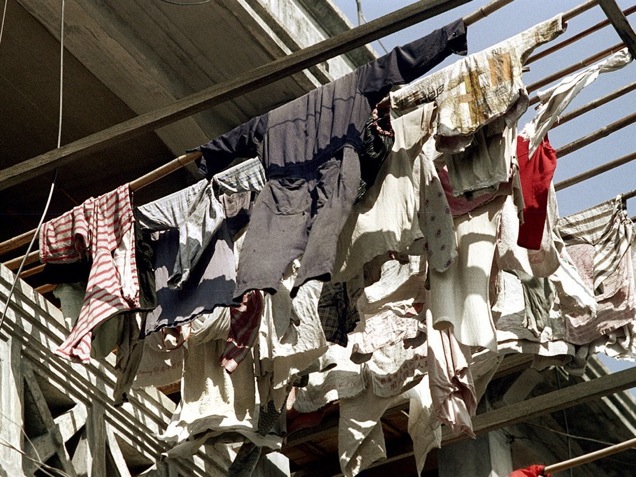 You don’t often see clothes hanging out to dry like this on wooden or bamboo poles anymore, but as a child I remember being giddy when, on occasion, the wind blew some of our neighbors’ garments from their clothesline onto ours. 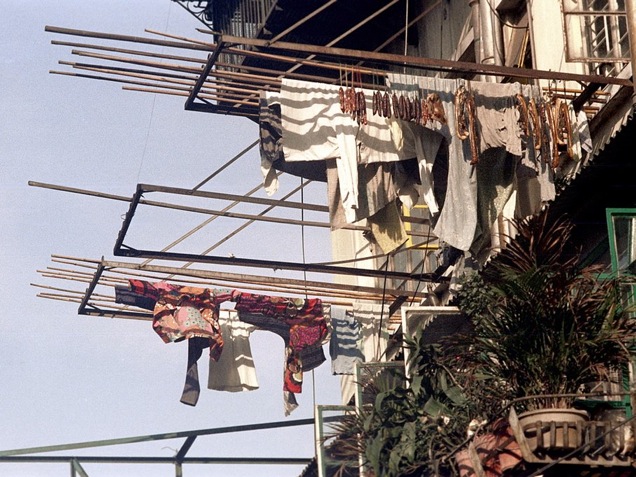 One thing I did hate was the smell of dried meat and seafood, so I’m glad you don’t see as much of that these days. 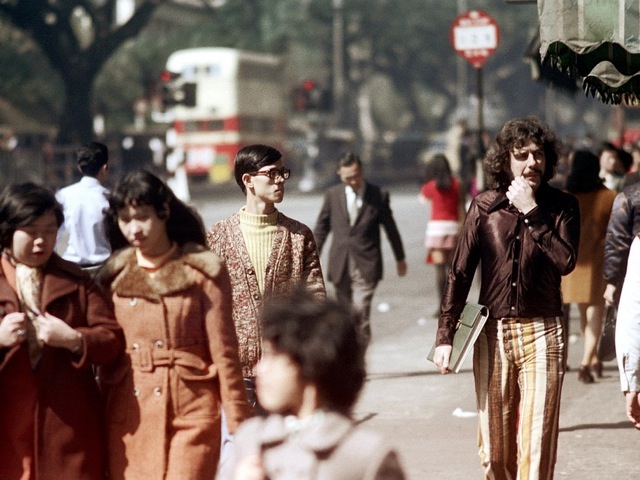 Change is the only thing you can count on, and it’s been incredible to witness what Hong Kong has become.

A few weeks ago, the 15th anniversary of Hong Kong’s handover to China was met with protesters demanding change. (There’s that word again.) I wonder, in 35 years, when the one-country, two-systems agreement expires, how we’ll look back at present-day Hong Kong: through a lens tinted red? Or a color we have yet to imagine?

4 Responses to “The Pearl Of The Orient 40 Years Ago: A Hong Konger Reflects”