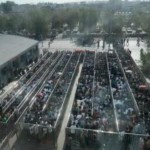 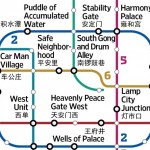 The Wall Street Journal's China blog made the cool map above, which shows Beijing's subway stations translated literally into English. They enlisted that indispensable tool, Baidu translate, to help with the task. Sadly, it's like a quarter-complete, but whatever, we all know WSJ employees aren't paid to do fun things.

"Unexplained disturbances" caused a glass door to shatter on Line 1 of the subway system in Shenyang, Liaoning province this morning, though the likely cause, per chatter on microblogs, is a fight that occurred inside the train.

These signs have started popping up in the Beijing subway sometime in the last few months. They're my favorite. On so many levels. 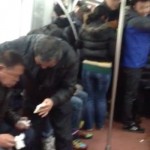 It's okay, we've all been there. Maybe not in the middle of a train on Beijing Subway Line 1, but... we all know the feeling. No one is here to judge. 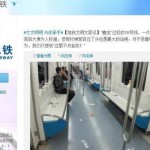 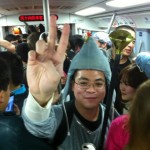 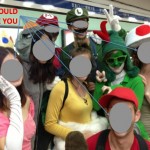 We at Beijing Cream do not actively condone buffoonery, excessive alcohol intake, or buffoonery as the result of excessive alcohol intake, but understand we are surrounded by all of the above anyway -- and that it can be fun. And so it's with no small amount of ambivalence that we announce: this Friday, November 1, revelers in Halloween costumes will be gathering around 9 pm (+30 minutes or so) at Dongzhimen Subway Station and riding south on Line 2 for this year's official Halloween Subway Party. BYOB.