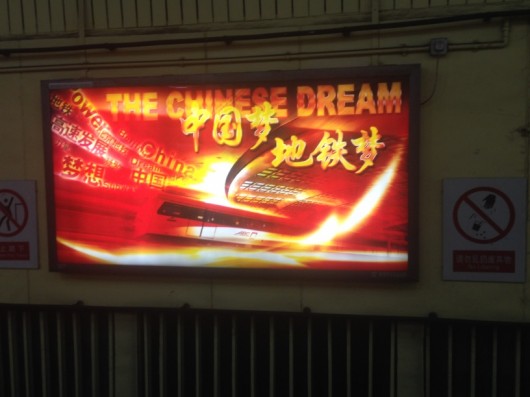 These signs have started popping up in the Beijing subway sometime in the last few months.

They’re my favorite. On so many levels. First of all, I love that Word Art is making a comeback. That was my jam back in middle school when I was making powerpoints about Mount Everest. But the caption is also pretty priceless.

Now I like the Chinese Dream as much as the next guy (insomuch as one can grasp a nebulous and purposely obscure concept), but this left me asking questions.

What is the link between the China dream and subway dream?

What is the Subway Dream?

When will China hire grown-ups to design things?