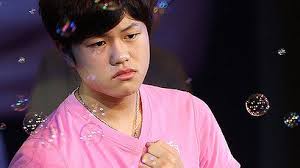 Li Tianyi — who is now being called Li Guanfeng in an official capacity, which means we’ll probably start doing that as well — is the only of five defendants to plead not guilty in the high-profile gang-rape trial that ended yesterday in Beijing.

The Haidian District People’s Court said in a press release posted on its microblog yesterday that four of the five defendants accused of raping a woman they met at a Beijing night club had pleaded guilty. Three entered their pleas on Wednesday, while the fourth switched to a guilty plea yesterday.

Proceedings turned ugly yesterday, the second and final day of the trial, as the defense team repeatedly attacked the victim, a 23-year-old surnamed Yang:

Yesterday, Li’s lawyer, Wang Ran , submitted a statement to the court accusing the victim of lying several times to the police about her personal details and injuries. In the statement posted online, Wang described Yang as “an unmarried woman with promiscuous sexual relationships”, citing her medical records.

The #LiTianyi defence continues its attack on rape victim: "Yang first claimed she was a virgin before… then denied it later"

Yang, by the way, remains hospitalized due to psychological stress.

Four of the five suspects, including Li, are under the age of 18. At the very least, it seems Li should be convicted of assault, all things considered:

The prosecution produced witnesses testifying against Li yesterday, the Beijing Evening News reported on its official microblog account. After the assault Li talked to a witness over the phone about beating up the victim. The newspaper did not say how it obtained details of the proceedings, which are closed to the public.

Of course, it waits to be seen. Li is the son of PLA singers Li Shuangjiang and Meng Ge. Global Times has a timeline of the case.