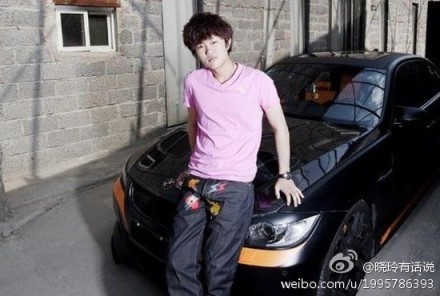 Li Tianyi, sometimes known as Li Guanfeng, is the 17-year-old son of well-known People’s Liberation Army singer Li Shuangjiang, which was why it was so shocking, in February, when he was accused of participating in a gang rape. The public quickly judged him guilty, and predictably renewed curses of the country’s privileged youth while anxiously waiting for the other shoe to drop, the Chinese justice system to fail.

A funny thing, though: more than four months later, things continue to look grim for Li, despite his father being the aforementioned famous Li Shuangjiang. His lawyer quit last week, according to China Daily, and Li will continue to be tried for “gang rape,” likely as an adult.

Of course, people are still waiting for the other shoe to drop, and Chinese media is squarely to blame. Reports SCMP:

From “alleged gang rape” to “taking turns having sex” – the changing phrases in Chinese official media reports on a criminal case involving the teenage son of a famous PLA general are angering many internet users.

Indeed, “taking turns having sex” was such a popular topic that it is now un-searchable on Sina Weibo:

What was Chinese media thinking? How is “taking turns having sex” possibly a crime? Did no editor think to ask? (Swinger parties are technically illegal here, but the phrase is still ridiculous.)

Or did an official, uncomfortable with how swiftly Li was convicted in the court of public opinion, decide to retake the narrative?

Beijing News clarified that Li is indeed still being charged with rape, but as SCMP notes, “despite authority’s clarification, ‘taking turns to have sex’ has become the most frequently mentioned phrase on China’s biggest microblog Sina Weibo. It has been discussed over 240,000 times as of Friday afternoon. This shows how strongly public feels about bad behaviour by children from privileged backgrounds.”

Fair or not, the second-generation rich here will never get the benefit of the doubt. There’s a reason for that: they drive through walls, run over people, stab women, and never face a degree of punishment commensurate with their crime. The public will never trust Chinese justice until an example is made of someone. Maybe Li Tianyi.