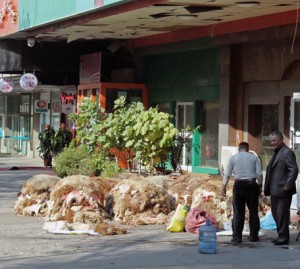 On the last day of the four-day celebration of the biggest Uyghur holiday of the year, Qurban Heyt, or Eid al-Adha, it rained hard and cold. By the next morning a light dusting of snow covered the tops of the mountains overlooking the city. Like many holidays of sacrifice and harvest, this "Feast of the Sacrifice" signals the end of the season of growth and the beginning of the long hard winter. People were already beginning to sell long underwear in the walkway at the intersection of Solidarity and Victory Road next to the Grand Bazaar, and in a week, the heat would be turned on across the city. Read more » 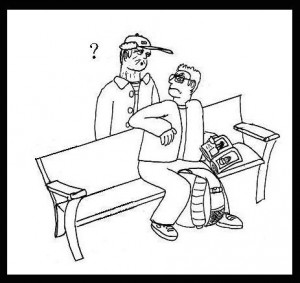 Laowai Comics is a periodic webcomic. Beijing Cream is proud to debut its Thursday comic every week. Read more » 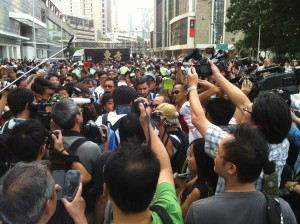 On Monday morning, Hong Kong media reported that the barricades around Admiralty would be removed after two-plus weeks of bulwarking pro-democracy protesters in their concrete campground near government offices. The evidence was right there on the tele: moving pictures of police clearing the roads! And so, after lunch, I found myself in a friend's dad's car going from Wan Chai in the direction of our final destination in the western Mid-levels. We had just gotten onto Queensway and could see Pacific Place, a luxury complex of business and commerce, when we encountered... a barricade. Read more » 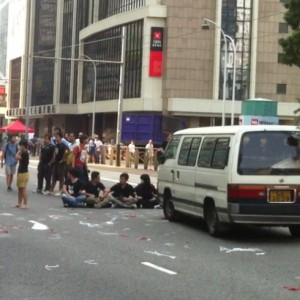 Many of the barricades near Occupy Central began coming down this morning, but not without resistance. I took the above video at 1:40 pm today on Queensway in Admiralty, just below Hong Kong's police headquarters, a few blocks from the main protest grounds. A group of older men, apparently frustrated that the two-week Occupy Central protests have blocked their streets, rip down the barricades while others chant, "Open the roads." Some quick-thinking Occupy protesters immediately plant themselves in the middle of the street for an impromptu sit-in. Read more » 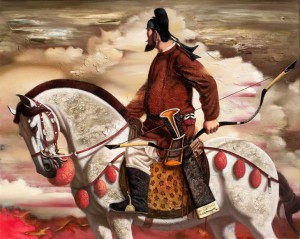 Artists and writers seeking the pinnacle of Chinese civilization often turn to the Tang Dynasty, an era of openness and innovation credited with fostering some of the finest art and poetry in the history of Han civilization. It’s no surprise that such an amazing era would provide similar inspiration to Xu Songbo, a professor at the Tianjin Academy of Fine Arts, who attempts to capture the Tang spirit in his breathtaking oil compositions. They are collected in Tang Feng, his exhibition open until this Thursday at New Millennium Gallery in 798 Art District. Read more » 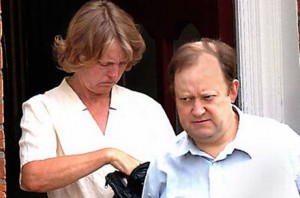 When John Ross,“former director of London’s Economic and Business Policy to ex-Mayor Ken Livingstone and current Senior Fellow with the Chongyang Institute” at Renmin University, was approached by Chinese tabloid Global Times (GT) for a profile about foreign China Watchers, he was, no doubt, expecting a nice soap-job. Read more »

Laowai Comics is a periodic webcomic. Beijing Cream is proud to debut its Thursday comic every week. Read more »

Some of you have rightly wondered what’s happened to the Cream – no thrice-weekly links, no videos of stupid people falling out of buildings, no reminders that traffic violations can (hilariously, tragically) happen, etc. What’s going on? The simple answer is, after taking a summer break, we’ve decided that the landscape of the English-language "Chinese" Internet has become both wearily homogenized and sufficiently pluralistic for us to take a step sideways. It's transition time. Read more » 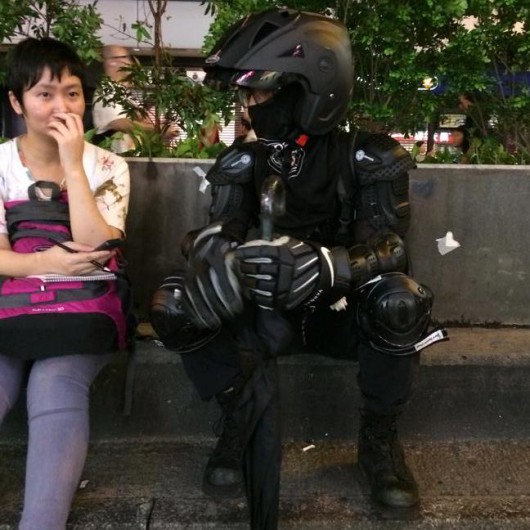 A dispatch from Hong Kong, where life -- parties, business -- continues as usual... with one high-profile exception. Read more » 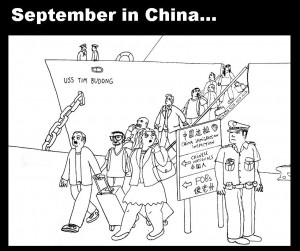 I work for a sub-branch of CCTV geared toward international video news, and we have several TV screens in the office that run 24-hour feeds of CNN, MSNBC, Fox News, Al Jazeera and others – ostensibly to keep up with the competition. But I returned from our canteen this past Sunday evening to find six or seven of my Chinese colleagues glued to a screen showing a live-feed from CNN. Read more » 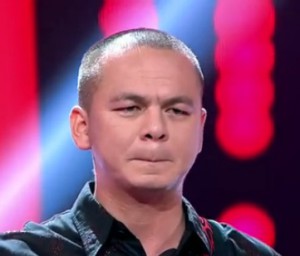 The Uyghur rock star Perhat has a lot of fans in Ürümchi. Walking around college campuses, it's not unusual to hear Han students humming from the chorus of “How Can You Let Me Be So Sad” – the song Perhat popularized on The Voice of China back in August. And Uyghur students are in awe of how he has become so famous so quickly. They say things like, “Wow, now Perhat is hanging out with rock stars like Wang Feng who sold out the Bird’s Nest in Beijing; just a few months ago I said hello to him when I saw him buying stuff at the corner store.” Read more » 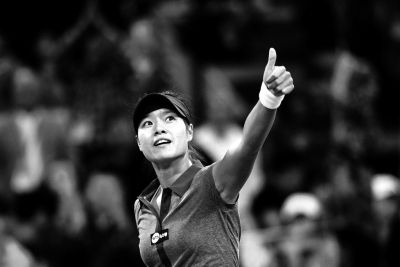 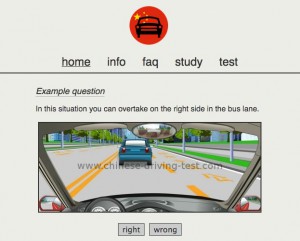 Driving in China can be a pain, for reasons I hardly need to list here (but will, since Web Logs were created for just this sort of venting) -- traffic, severe traffic, traffic caused by fights between traffic cops, traffic regulations, traffic accidents.... Luckily, China's Ministry of Public Security has an extensive test to prepare this country's would-be drivers for the stress, frustration, and Weltschmerz of the road... Read more » 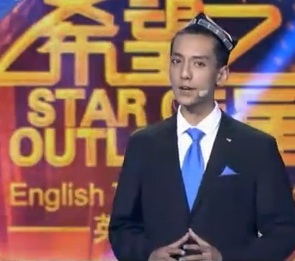 Ever since Kasim Abdurehim, the founder of the private English school Atlan, took third place in a national English-speaking contest in 2004, Uyghurs have found their way into the final rounds of almost every major English speaking competition in China. This year was no exception. Although Uyghurs represent less than one percent of China’s population, they consistently beat Han contestants from the best schools in the country. Read more »

We were hit by the sudden cold and absolute blackness. The only light came from our torches. Not a drop of sunlight penetrated the silt and algae above us. It was like entering another world, with all our senses altered -- until we spotted the Wall. Read more » 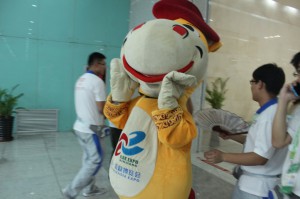 It was a busy week in Ürümchi: musicals, archeology exhibits, art shows, a ComiCon festival, and thousands of visitors from outside the “autonomous” region. Special bus lines were put in place; millions of potted flowers were carefully arranged in sculpted dune patterns; and street corners were plastered with giant red billboards that featured -- a la the Shanghai Expo 2010 -- a dancing cartoon named Heavenly Horse Star (Tianma Xingqi), the slogan “Opening-up and Cooperating for the Building of the Silk Road Economic Belt,” and the logo for the fourth China-Eurasia Trade Expo. Read more »

It's a decent day. Outdoors, I mean. We shouldn't be doing this. We shouldn't be checking our WeChat groups as friends report what portals are working and which are not -- "Sweden 2 is okay" ... "...and, not any more!" -- we shouldn't be obsessively clicking refresh on our gmail tab as if the government has decided just in the previous five seconds to unblock the service, and we shouldn't be cooped up in cubicles or monstrosities of home-office complexes twiddling our thumbs like simian slaves of a machine that won't even let us work. We should all go to the park and play Frisbee. Read more » 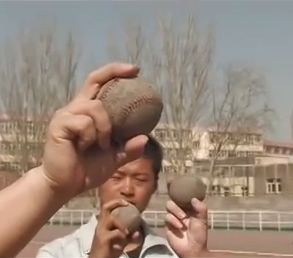 The new documentary film Diamond in the Dunes, directed by Christopher Rufo, tells the coming-of-age story of a Uyghur man named Parhat as he finds his way through college. It shows us how he and his Uyghur and Han classmates at Xinjiang University develop a passion for a game, for abilities and skills that don’t rely on ethnicity or Chinese business connections. It shows us how the citywide riots of 2009 shaped their life-paths and how they found ways to move forward despite the difficulties of their circumstances. Read more »