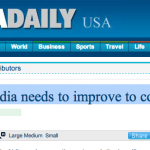 The singularity is forthcoming. 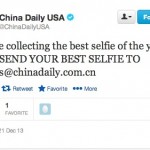 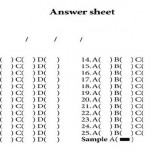 If the Exit-Entry Administration General Corps of the Beijing Municipal Public Security Bureau were to team up with China Daily to create a contest, this is exactly how it would be introduced: 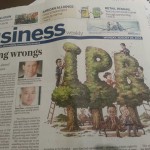 Is that an "I" or are you just happy to see me? (Via Josh Durham) 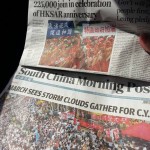 Sometimes newspapers bend the truth, or cast a story in its own editorial light. For examples of this, follow James Fallows's sporadically updated series about why he reads more than one newspaper. But then there's the above. Tens of thousands marched in protest yesterday of Hong Kong chief executive CY Leung and Beijing political influences, but if the only newspaper you read was the China Daily (a hypothetical that applies to no one), you'd be forgiven for thinking all those bodies around Victoria Park were celebrating the 16th anniversary of Hong Kong's handover. 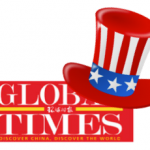 Describing it as a “popular Chinese daily newspaper,” Xinhua has announced that the Global Times is now available in the US, in both English and Chinese. Take that, China Daily! The Global Times said the U.S. edition would provide readers with sharp reporting and perceptive analysis. It seeks to cover world events from a Chinese... Read more » 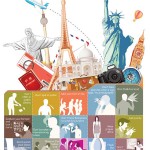 In March, the e-commerce site Living Social found that Chinese tourists were the second-worst in the world, behind only Americans. While these surveys are usually hopelessly flawed — does any country produce good tourists? — China Daily ran a cover story yesterday on this subject, specifically how various organizations are trying to “instill better behavior among... Read more » 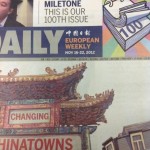 We haven’t talked about China Daily in a while. The November 16-22 issue of its European Weekly marked the 100th issue of the periodical, and it wanted to publicize this milestone via a small graphic on the front page. This is acceptable, of course, and not just relative to China Daily’s previously egregious front-page decisions. But... Read more » 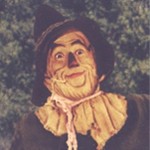 Oh lord fucksticks. Could the Internet be totally free and should it be? The recent turmoil in the Arab world caused by a contentious video denigrating Prophet Muhammad shows the United States, which is busy promoting global Internet freedom, has paid a huge price with the lives of its diplomats. That’s the first paragraph from this... Read more »