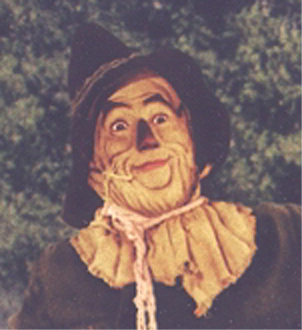 Could the Internet be totally free and should it be? The recent turmoil in the Arab world caused by a contentious video denigrating Prophet Muhammad shows the United States, which is busy promoting global Internet freedom, has paid a huge price with the lives of its diplomats.

That’s the first paragraph from this China Daily column today by Andre Vltchek, identified as an “American novelist, documentary filmmaker and investigative journalist,” which makes him a stooge of the professional variety.

A sometimes-columnist for China Daily — who has, strangely enough, been profiled by China Daily – Vltchek is your classic sociopolitical myopic who sees the world in blocs: West, China, Everyone Else. He’s an anachronism, a Cold War ideologue whose head would explode if he heard the Carly Rae Jepsen-PSY mashup. In elementary school, he’s the kid holding a copy of Mein Kampf just to be “different,” and running for class president. In middle school, he’s the bearded loner in the dark corner of the fall ball. In college, he’s the leering drunk who shoots ping pong balls five feet off the table and stares at girls’ elbows to make sure they don’t go over the plane. And as an adult, he’s exactly the type who would say (as he does in the above link), “The West has absolutely no interest in human rights in China or anywhere else. How could it, considering that it is violating them on basically all continents, worldwide?” Yes, how could THE WEST, considering THE WEST violates human WEST on WEST all WEST, WEST?

What a neat trick. Turn the argument into WEST and WESTERN, and why WEST WEST?

Unfortunately, it’s the only trick in Vltchek’s saddle. Incredibly, in the 745-word column, “When will West ever learn history lesson,” he manages to use “West” or “Western” 21 times. There’s also “West caught in the Net of double standard,” and “China offers vital alternative to West,” and “Irony of Western human rights agenda.” There’s no need to link any of these — the message is the same, which you can guess.

But we digress — amazed that a man like Vltchek exists, and can be allowed to publish words in a newspaper. (The China Daily, of course.) Let us help this old chap rewrite his first paragraph, shall we?