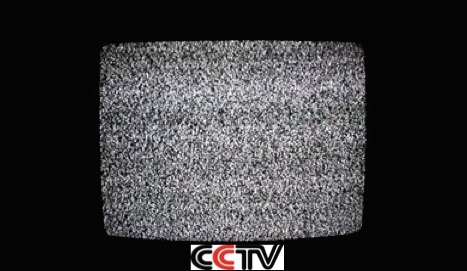 As a twentysomething American, I take my Facebook newsfeed for granted.

The fact that one friend can link to an article criticizing US drone use in the Middle East below another friend’s posting of cats in costume below another’s picture of Hong Kong blanketed by protesters seems completely unremarkable.

But living in China can give you a new perspective on the things you take for granted.

“Something is happening in Hong Kong,” said one of my colleagues, a 25-year-old Chinese woman who studied English at a university in Wuhan.

Normally, my office mates, to put it politely, less than enthusiastic about keeping up with international news. Few scour the Internet during work hours to cross-check stories against international outlets, and even fewer read the news in their free time. So to see my friends avidly watching CNN while on the clock was decidedly out of the ordinary.

“You mean about the protests?” I replied.

“What protests?” called another Chinese colleague who wasn’t watching.

The CNN reporter then said, “Now we’ll turn to an elderly resident of Hong Kong who says that the movement reminds him of the deadly 1989 Tiananmen Square protests in Beijing…”

My colleagues and I blinked at one another. We all instinctively looked over our shoulders, toward the doorway, into the corners of the newsroom. Was somebody from the inner government here – inside the offices of our state-run enterprise – cutting off the feed?

Moments later, the picture returned. It was that same CNN reporter in Central, but clearly waiting in the silence that comes after a live interview has finished.

One of my other colleagues, a 70-year-old veteran journalist who was among the first Chinese to be sent abroad to study, a man who cut his journo teeth on assignments across Africa in the ’60s, said, “Headquarters! CCTV headquarters must be watching the channel, and they cut the feed as soon as Tiananmen was mentioned…”

After that, everyone became noticeably less engaged in the story. We had all been reminded that, despite the routine and normalcy of our daily work, the unspoken but widely understood guidelines as to what to write and what not to, we were still newswriting in a society where information can be dangerous, and something as innocuous as a TV interview can carry far-reaching consequences.

I went home decidedly fazed. Pulling up my Facebook feed and looking at pictures of the latest round of umbrella-carrying students ducking through tear gas, I felt slightly sickened — not just by what was going on, but by the very fact that I could see it, follow it, and form opinions about it. Every day, I consume vast amounts of information and knowledge with little thought that, in some parts of the world, information is as rare and precious a commodity as water in the Sahara.

J. Stevens is a philosophically-minded journalist in Beijing searching for glimpses of Daoism in the cracks of modern Chinese society. He lives in Beijing.