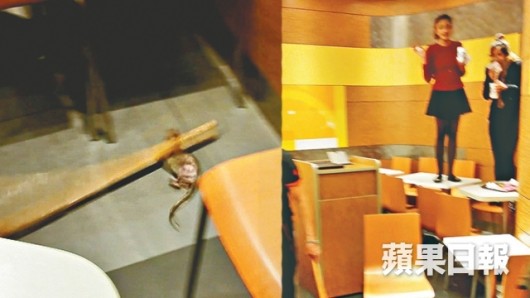 Check out these diners at a McDonald’s in Kowloon City — photo via Apple Daily — “wailing,” according to Coconuts Hong Kong, at the sight of a seven-inch rat scavenging for food.

A McDonald’s staff responded quickly by hitting the rat with a Bruce Lee move with a stick using so much force that the stick broke into two and got the rat right on target.

Seven inches is impressive, but here’s a 45-inch rat caught and killed in Hunan province. Then eaten, by the way. There’s a socioeconomics lesson here: developed vs. developing.