The cool kids of Navator are back at it. This recently released video was shot last October in Xuzhou, directed by Navator. Music by Yppah (D. Song), written by Jose Corrales and Toby Campbell. Read more » 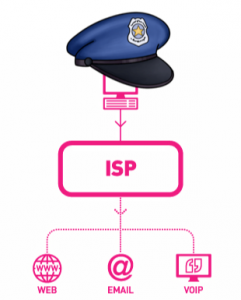 Google previously disclosed that it received nearly 450 requests from the Hong Kong government to hand over user data in 2012, an increase of 38% from the year prior. Recently, the Commerce and Economic Development, in a written reply to the Legislative Council, revealed for the first time that the government made more than 14,000... Read more » Read more » 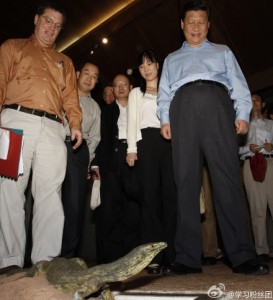 Um, delivering a doe. I said doe in this post, not Komodo dragon. Xi Jinping has his work cut out for him to top this. We suggest, for his next act, helping deliver a doe in the fields. The hoi polloi will lap it up! This picture comes Xi Jinping’s unofficially endorsed Sina Weibo account, Hao Hao Xue Xi (“Thoroughly... Read more » Read more »

We’ve all been pulled over before, and unless you’re a black man in Florida or CM Punk driving through Missouri, it probably went without incident. You accepted your ticket, or got let off with a warning after conspicuously flashing your boy scout card, and that was that. On Monday, however, a woman in Dunhuang, Gansu... Read more » Read more » 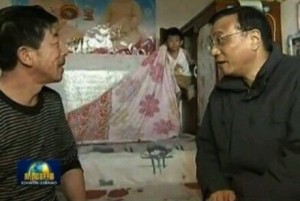 Chinese Vice Premier Li Keqiang made an unexpected visit to a farmer’s family in Baotou, Inner Mongolia earlier this week. How unexpected? According to Sina Weibo, the farmer’s son was still sleeping (half-)naked in the room, so the father told him to go hide in the cupboard. With CCTV cameras rolling, the kid ran out of oxygen,... Read more » Read more » 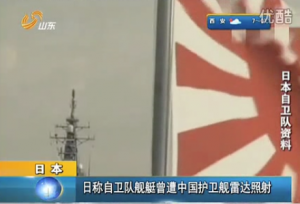 Controversy swirls again in the East China Sea as a Chinese naval captain locked his attack radar on a Japanese vessel, says Japanese Defense Minister Itsunori Onodera. Japan's Defense Ministry made the announcement Tuesday, claiming such "painting" happened on January 30 and January 19. Onodera "warned that such actions increased the chances that any missteps in a dispute over the islands could veer into a larger confrontation," according to the New York Times. Read more » 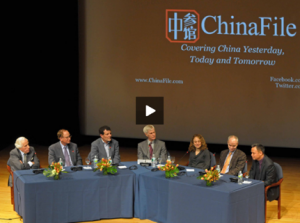 A maraschino cherry has just been dropped into the Long Island iced tea of the China blogosphere, as Asia Society officially launched its new blog, ChinaFile, on Tuesday. The occasion was highlighted by a panel discussion in New York moderated by legendary China hand Orville Schell, featuring New York Times correspondents of past and present: Seymour Topping (who covered... Read more » Read more » 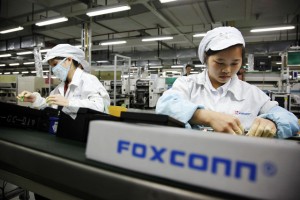 Foxconn workers who make the iPhone and other hi-tech products have been in a great number of headlines over the past few years without eliciting change. But when fights between workers and management broke out and paralyzed assembly lines in Zhengzhou last year, Chinese authorities started looking for solutions to the constant disputes. According to the Financial Times: Read more » 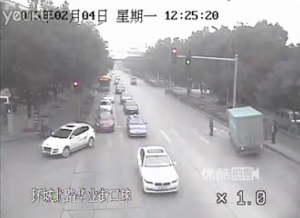 There ought to be an implicit understanding between pedestrians and drivers, oughtn't there? Halfway respect the rules of the road, don't stand in the middle, and no one gets run over. The jaywalker shown here, in Ningbo, Zhejiang province on Monday, doesn't care for any of it. Watch as he leisurely traverses the busy road, indifferent to the cars slowing down to avoid him. A truck coming from the other direction swerves in order to avoid killing him, but does he express any gratitude? Read more »