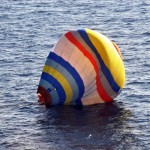 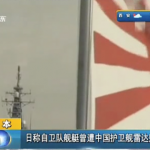 Controversy swirls again in the East China Sea as a Chinese naval captain locked his attack radar on a Japanese vessel, says Japanese Defense Minister Itsunori Onodera. Japan's Defense Ministry made the announcement Tuesday, claiming such "painting" happened on January 30 and January 19. Onodera "warned that such actions increased the chances that any missteps in a dispute over the islands could veer into a larger confrontation," according to the New York Times. 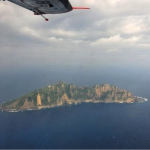 Japan scrambled F-15s to intercept a Chinese plane headed for the disputed island on Saturday, according to press releases from Japan’s foreign ministry over the weekend. The Y-12 propeller plane, operated by China’s State Oceanic Administration, came within 112 nautical miles of the island before turning back east and finally departing the area to the... Read more » 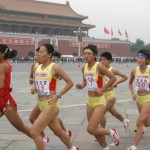 Lingering effects from September’s Diaoyu Islands row have caused organizers of the November 25 Beijing Marathon to take the unprecedented step of barring Japanese competitors. Not explicitly, of course — rather, “Japanese” isn’t listed in the nationality section of the online registration page. If you’re from Japan, you can run, technically, just not as a... Read more » 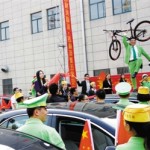 Huangpu Renewable Resources CEO Chen Guangbiao held an extraordinary promotional activity yesterday: he gave away 43 cars, each reportedly worth 128,000 yuan (that’s 5.5 million yuan total, or $830,000), to former owners of Japanese cars that got destroyed during last month’s Diaoyu Island protests. All people had to do to qualify for their free Geely... Read more » 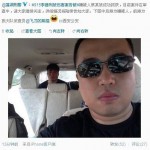