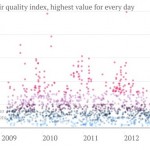 Forget human rights, which will not, I promise you, get the man on the 5F dancefloor to lose his groove. Forget censorship, because who cares about cultural emasculation? Forget Zhou Yongkang, school stabbings, Diaoyu Islands, corruption, Sichuan earthquakes, shoddy construction. Take a lesson from the New York Times when it wants to link-bait: head over to the US embassy's Beijing air Twitter account and report the latest AQI, because nothing -- absolutely nothing -- unites the English-reading populace of China quite like bad air. 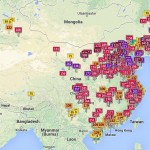 Think pollution in Beijing's bad? At least you're not in Yinchuan, where the air quality index is currently at 999. 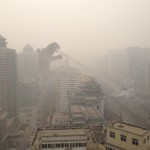 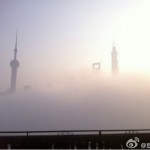 Just as the monthly nationwide freakout over Chinese air was winding down, Chinese Central Television had to go ahead and publish an article, since deleted, that lauded the "Five Surprising Benefits From China’s Haze." I really have nothing to add to a topic already covered by Tea Leaf Nation ("Although it may be satirical, the article reads more as a tin-eared attempt to wring an Upworthy.com-style listicle from a genuine environmental menace"), Time, etc., but I do want to share the below video, from The Onion, posted three years ago.

Shanghai, China’s financial hub, appears determined to compete with Beijing, China’s political epicenter, in every aspect, including pollution. Starting Thursday, smog has shrouded Shanghai and nearby provinces, with PM2.5 readings shooting from 200 micrograms per cubic meter to as high as 700 at some air quality monitoring stations. As of 1 pm Friday, the average PM2.5 reading in Shanghai reached an off-the-charts level of 602.5; the PM10 reading reached 671, with the highest reading recorded at 726 in Putuo district.