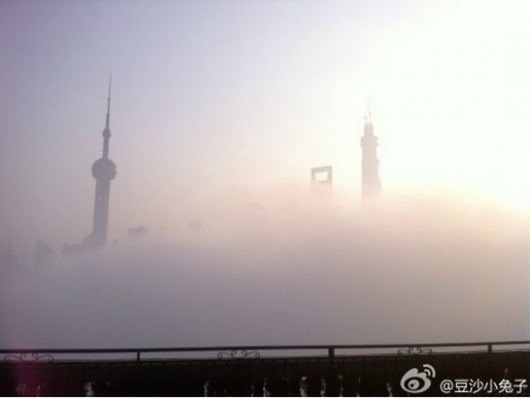 Just as the monthly nationwide freakout over Chinese air was winding down, Chinese Central Television had to go ahead and publish an article, since deleted, that lauded the “Five Surprising Benefits From China’s Haze.” I really have nothing to add to a topic already covered by Tea Leaf Nation (“Although it may be satirical, the article reads more as a tin-eared attempt to wring an Upworthy.com-style listicle from a genuine environmental menace”), Time, The World of Chinese, etc., but I do want to share the below video, from The Onion, posted three years ago.

China Celebrates Its Status As World’s Number One Air Polluter

“China revels in a UN report that found it has the highest smog levels in the world, a sure sign of China’s progress and prosperity.”

4. Chinese people are funnier when they are contending with deadly smog.

Really, how does one react to that, other than to stand and applaud?