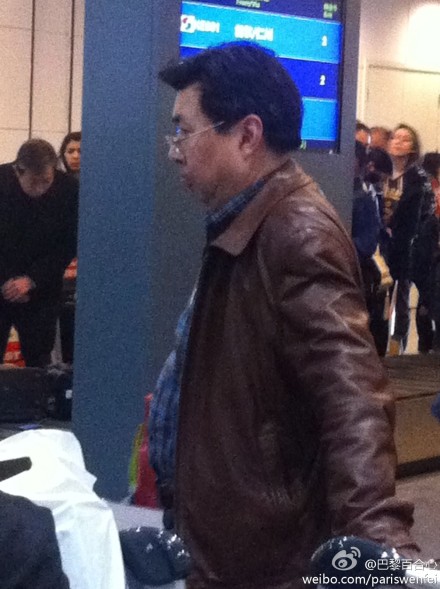 Flying drunk isn’t as fun as it seems. For one, the altitude is liable to give you a massive hangover, combining the sort of jackhammer headaches with swirling, Terrence-Malick-roving-cloud-type nausea that make you swear off drinking forever.

And two, you might make a complete ass of yourself, like two recent passengers of an Air France flight.

As brought to us by SCMP:

Wen Fei, a Chinese woman who works in Paris, wrote on weibo, China’s Twitter-like service, about her encounters with the two men who sat near her on flight AF132 from Paris to China’s central Wuhan city on Friday.

The two men each took eight bottles of wine off a service cart. We’re not sure where the flight crew were when this happened, but the act was blatant enough that fellow passengers objected.

“I explained to them it was not OK and interpreted the flight attendents’ explanation in French, but they said it was none of my business, ” Wen told SCMP.com on Tuesday.

The two men, apparently drunk, then shouted at Wen in the Wuhan dialect, she said.

“They asked me to back off if I ever wanted to leave Wuhan in one piece,” said Wen.

The threats are particularly nasty, and make these two men look like a special kind of fucking asshole — the kind who muddies up your carpet, drunkenly leers at other house guests, steals your silverware, then neglects to say goodbye. Their identities remain unknown, but Wen snapped a photo of one of them, which you see above.

Wen’s post struck a chord with many netizens who said they, too, find the behaviour of some Chinese travellers appalling.

“The Chinese are always loud and jump queues to get on a flight – even when everyone has a seat,” said a netizen.

By the way, Air France boasts that its wine list is compiled by “the world’s greatest sommelier Olivier Poussier.” Just so you know.