Heavy smog couldn’t deter runners of the annual “naked pigs run” in Beijing’s Olympic Park on Sunday. According to China Daily, more than 300 participants — “only allowed to wear underwear” — partook in the event. (Clearly some people wore more than underwear, but let’s let that be neither here nor there.) Some wore gas masks, making for interesting photos: 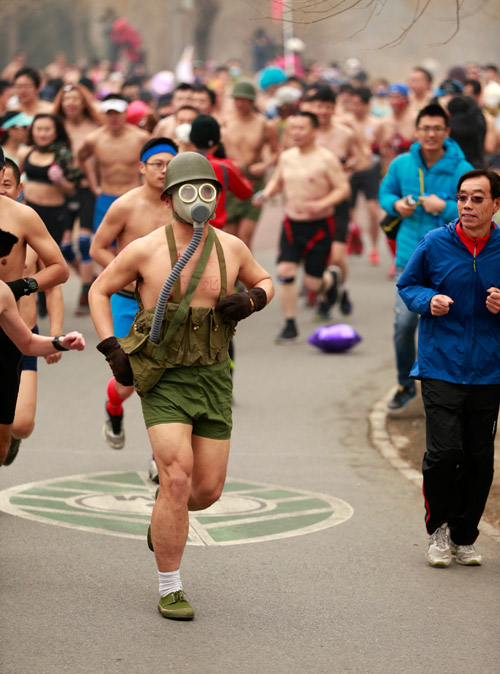 Others brazenly flaunted their health amid pollution, which is, as they say, the spirit. China Daily with this:

Meng Guangping, 51, a worker at a Beijing machinery factory, joined the activity for the third time.

“I didn’t feel unwell after running,” Meng said. “I run regularly and will not stop when there is haze. I think I have become used to the haze.”

The very next paragraph:

The number of asthma and emphysema patients seeking help at Beijing hospitals has doubled since the smog started on Thursday, China National Radio reported.

Shine on you crazy diamonds. 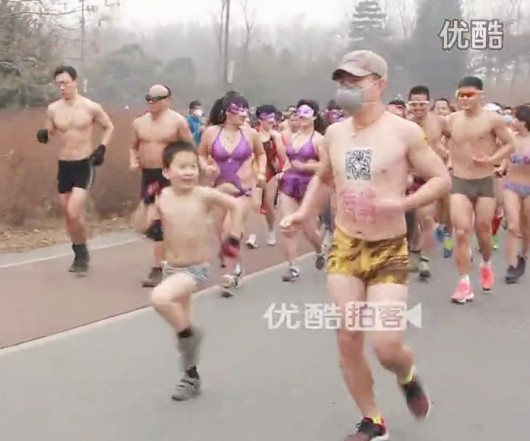 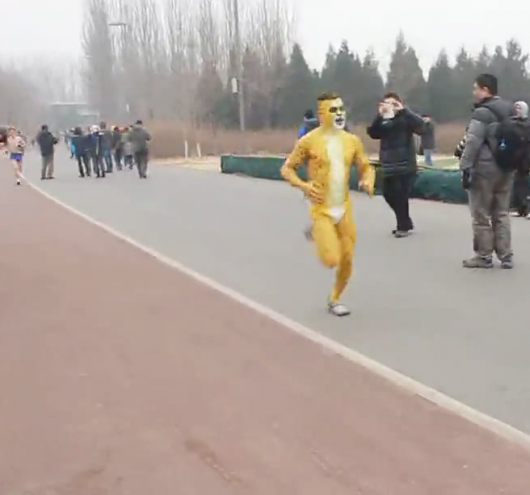 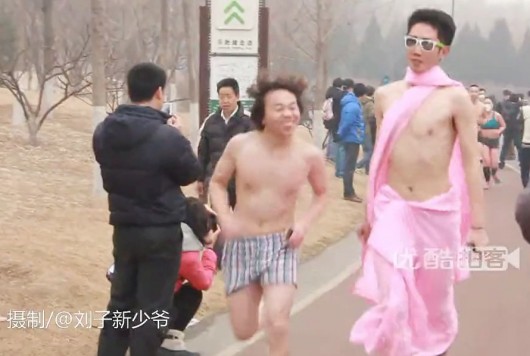