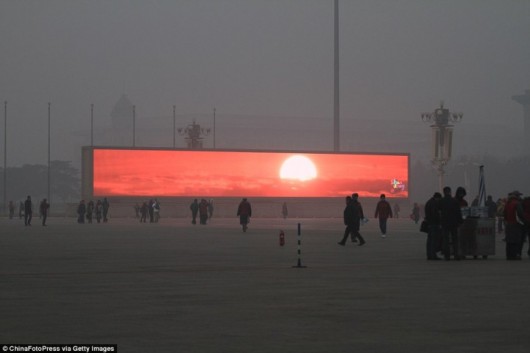 “The smog has become so thick in Beijing that the city’s natural light-starved masses have begun flocking to huge digital commercial television screens across the city to observe virtual sunrises.”

Lied The Daily Mail in an article last week. Although they gave no proof for this assertion besides a photo, their horrible reporting inexplicably caught on at Time, Huffington Post, and CBS News.

There’s so many things I want to say here.

So start making a hit list of news sites not to read on China. You might have a place to start.

4 Responses to “Why the Fake Pollution Billboard Story Matters”