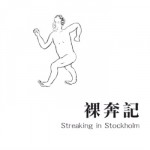 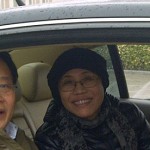 The wife of jailed Nobel Peace Prize winner Liu Xiaobo was seen in public for the first time in more than two and a half years today as she attended the trial of her brother, 43-year-old Liu Hui, who has been charged with fraud. According to Tania Branigan of the Guardian: 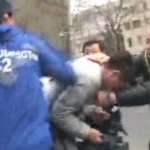 On Saturday, South China Morning Post reported that two Hong Kong journalists and activist Yang Kuang were beaten on Thursday outside the home of Liu Xia, the wife of Nobel Peace Prize recipient Liu Xiaobo. We last heard from Liu Xia, who is under house arrest, when activists pushed past security guards and filmed their... Read more » 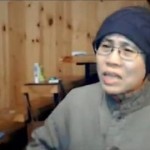 On Friday, December 28 -- the birthday of jailed Nobel Peace Prize recipient Liu Xiaobo -- a group of activists made a daring visit to the residence of his wife, Liu Xia, currently under house arrest. You can watch them in the above video, uploaded yesterday to the YouTube account of Hu Jia, activist/dissident and director of the June Fourth Heritage and Culture Association. Hu writes that he and Hao Jian, Liu Di and Xu Youyu, among others, arrived at about 9 pm and basically overpowered a surprised guard. 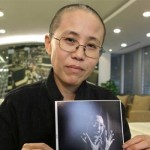 Liu Xia has been under house arrest ever since her husband, Liu Xiaobo, won the Nobel Peace Prize two years ago. Her location isn’t exactly a secret though, so AP reporters staked out outside her house, then walked in while the guards were out to lunch. In her first public interview in 26 months, Liu said, “We... Read more »

On Tuesday, 134 Nobel laureates wrote to Xi Jinping asking him to release 2010 Nobel Peace Prize laureate Liu Xiaobo, currently serving an 11-year sentence for subversion (etc.) after he coauthored “Charter 08,” a manifesto calling for greater freedoms in China. His wife is also currently under house arrest. The decision is probably not Xi Jinping’s... Read more »