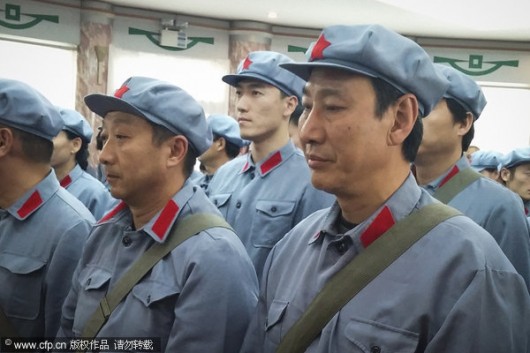 Liu Xiang and others in an Olympics photo shoot, via China Daily

TimeOut’s giving away tickets to their first-ever Bar and Club Awards (November 28), so go do some voting and such, and read links.

Another hospital fight. “A man, claiming to be the husband of a woman who was fatally stabbed the night before, beat up a doctor at Baini Town Huali Hospital in Sanshui District early on Monday (Nov. 4), giving him severe concussion. The man then tore through the hospital smashing equipment for over an hour, Southern Metropolis Daily reports.” (The Nanfang)

Xi Jinping drops into a village… “China’s top leader, Xi Jinping, had come to Shibadong village to gauge conditions in a poor corner of Hunan Province. Upon entering the home of a family whose sole electrical appliance was a fluorescent bulb, the most powerful man in China was asked by the 64-year-old matriarch, ‘What do I call you?,’ according to a report from Xinhua, the state-run news agency. It was a polite way of saying, ‘Who are you?’” (Sinosphere)

Not that kind of viral. “A collection of sex education videos have just gone, ahem, viral on the Chinese Internet. On Oct. 29, a three-person team calling itself the ‘Nutcracker Studio’ released three one-minute clips addressing tough topics in childhood sex education, such as ‘Where Do Babies Come From?,’ ‘Why Are Boys Different from Girls?,’ and (the far less lighthearted) ‘How Minors Can Prevent Molestation.’ Funded by the popular Chinese tech site Guokr, the ‘One-Minute Sex Ed’ videos rose to become the second most popular search on Baidu, China’s largest search engine, and have drawn over one million views on Youku, China’s YouTube.” (Tea Leaf Nation)

Rafael Nadal on Chinese pollution. “No, I don’t feel that… Yesterday and especially today again the pollution is here, so that makes the feeling, you know, not beautiful. But if you talk about if I feel when I am breathing, no, I don’t feel.” (The Li-Ning Tower)

Confrontation. “Ilham Tohti, a well-known scholar who is arguably China’s most vocal advocate for the rights of its Uighur minority, said he got into an ugly confrontation with security agents in Beijing on Saturday after the men rammed his car and threatened to kill his wife and children.” (Sinosphere)

Why it sometimes sucks to be a Good Samaritan. “20 Passengers Refuse to Help Slashed Driver Who Saved Them From Robbers.” (Sinopathic)

A new magazine about Chinese food: (The Cleaver Quarterly)

Baijiu mojito is a thing? (Shanghaiist)

“Disabled Chinese Struggle for a Good Education, and Acceptance.” (Sinosphere)

So many dead fish in Lake City Park, Shenzhen, via Shanghaiist: 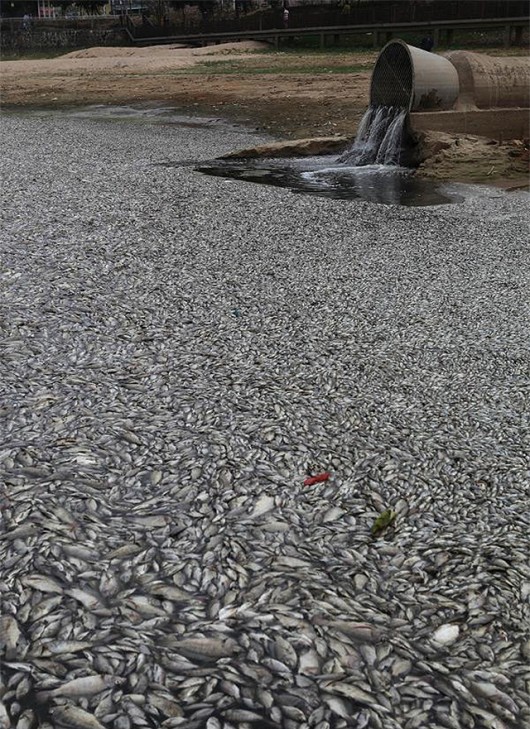