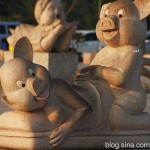 The “law” may have finally caught up with Zhu Ruifeng, the whistleblower who released sex tapes that busted 11 officials, including district Party boss Lei Zhengfu of Chongqing. Last night, scary cops visited his home in Beijing, saying they were from the local police station. “Zhu suspected that they had actually come from Chongqing and... Read more » 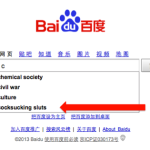 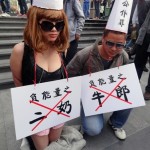 With power, what does a man buy first? A mistress, of course, especially in this country, where it’s been said that “a man without a mistress is useless.” But in Shenzhen on Monday, someone held a little demonstration to push back against the practice of taking ernai (literally, “second wife”). Around Book City outside the Grand Theater... Read more » 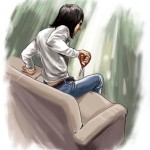 Another day, another man tries to cut off his own penis. Recently in Hong Kong, as Shanghaiist tells us via ON.cc (belonging to the Oriental Press Group), 29-year-old Mr. Luk from Hong Kong tried to castrate himself with pair of scissors. His subsequent scream woke his father, who immediately called the police and sent him to... Read more » 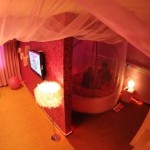 Are you a panda in human form, unable to conceive not because of physical limitations but due to low libido? A hospital in Wuhan, Hubei province may provide the sexual spark your relationship needs to create that perfect love child. Please turn your attention to the “sex wards” of Songziniao hospital, opened on December 28. 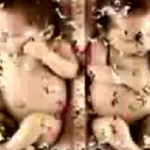 Try this story on for size and see if you believe it. A woman lives with identical twin guys, Lin Weihao and Lin Weizhuang, one of whom is her boyfriend. In March 2010, after heavy drinking by everyone, she walks into the wrong man’s bedroom, i.e. not her boyfriend’s. She has sex with him, gets... Read more » 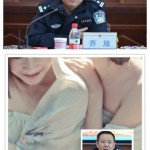 The police chief of Wusu, Xinjiang autonomous region has officially been fired for his role in a sex and hiring scandal, uncovered last week. We’re not sure which part of his offense is worse, keeping twin mistresses or abusing his power by promoting them, but either way, Qi Fang is gone. And for the record — it’s... Read more » 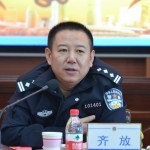 Qi Fang, police chief of Wusu, Xinjiang province, is the latest official to find himself embroiled in a sex scandal. He is accused of having an affair with two sisters from a cultural troupe, and using public funds to rent a luxury flat to meet them. The elder of the sisters was promoted to vice-captain... Read more » 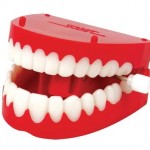 Let’s get right to it. Shanghai Daily: A single mother bit off the penis of her 9-year-old son in a state of delirium on Sunday in Yibin, a city in southwestern Sichuan Province, local media reported. In my wildest fever dream, I will never again describe myself as being “in a state of delirium. The... Read more »