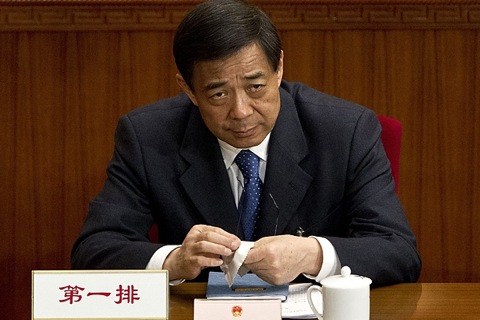 Tonight’s BBC’s radio show World Have Your Say invited me to participate along with Tom of Seeing Red in China, blogger/researcher Isaac Mao and a student in London whose name we didn’t catch. Feel free to give it a listen over links, if you will.

Implication being, of course, that rumors are sometimes as trustworthy as government-released news. “Wang Xing, a reporter with Southern Metropolis Daily, said, ‘Some rumors on the Internet are really abhorrent, (because) they are so trustworthy.’” [Ministry of Tofu]

Sensitive words. There are a lot of them on the Web, to say nothing of on cell phones. [China Digital Times]

Good luck to you, government censors. May you fail without grace. “The biggest political crisis to face Beijing since a military crackdown on prodemocracy student protesters in Tiananmen Square in 1989, the downfall of Mr. Bo is also the first such crisis to unfold in the era of social media.” [WSJ]

A sampling of netizen comments: “Xia Yeliang: I am thankful for the ‘rumours’. If not for these ‘rumours’, can the people ever hope to get the real news from the official media? Let’s not overestimate the imaginative powers of the people that release these ‘rumours’. They are nowhere as creative as those guys in the Party and the Government.” [Shanghaiist]

In case you’ve forgotten: Bo was fairly popular among the people. He still is. “Many academics, lawyers and other intellectuals were happy to see Bo leave. But the party’s campaign against him is unlikely to convince Bo supporters such as the group of retirees swaying recently to Chinese pop music in Chongqing’s People’s Square, a tree-lined swath of red and gray tile sandwiched between an imposing government building and a leafy hillside. // ‘Ninety-five percent of us common people support Bo. He was a good leader,’ said a woman in a red tracksuit. ‘Now Chongqing people want to take him back.’” [LA Times]

And in case you’re forgotten… he’s fallen very, very far. “Bo and his wife had been called the ‘Jack and Jackie Kennedy of China,’ according to the BBC. The son of a prominent Communist leader, Bo had steadily climbed the party ranks; observers of Chinese politics believed he would have been a contender when the party chooses its top leadership later this year.” [MSNBC]

I can’t bring myself to rant against this yet. Maybe later. The headline: “Bo’s case shows resilience of rule of law.” [Global Times]

And where is Wang Lijun? “A number of netizens alternately defended and lamented Bo’s former right hand man Wang Lijun. Wang helped rocket Bo to fame by acting as the corrupt Chongqing’s Eliot Ness, cracking down on the gritty town’s powerful mafia, only to later betray his boss by turning himself in at the U.S. consulate in the nearby city of Chengdu, incriminating evidence in hand.” [Tea Leaf Nation]

The sacking of Bo is “act one”? “And while some within the Party might well delight in the downfall of Bo, an icon of state-driven Leftist politics, reformers need to be careful that they themselves are not the next targets of hardliners convinced that discipline is more important than debate. // Bo Xilai’s dismissal from the party leadership marks the beginning of the end of the Chongqing drama. But it’s bound to set off yet another round of arguments about what sort of party China needs to make it to the leadership handover later this year—and beyond.” [WSJ]

UPDATE, 12:30 am: One more, a late add: “On the scale of falling from the Party’s graces, the news of Bo Xilai’s ouster and the criminal investigation of his wife and associates ranks somewhere between ‘Zhao Ziyang getting Fredo Kissed by Deng Xiaoping in 1989′ and ‘Lin Biao hitting Outer Mongolia at 1000 MPH.’ It’s certainly the most spectacular – and public – booting of a high ranking CCP official since 1989. Bo’s naked ambition and high profile all but guaranteed that when he fell it was going to leave more than just a plane-sized divot in the Mongolian turf.” [Jeremiah Jenne, Rectified.name]

UPDATE, 10 am: Neil Heywood’s mother speaks: “Speaking from her house in Streatham, south London, Ann Heywood, his 74-year-old mother said the news had come as a ‘total shock’. // ‘All I want to say is that I am shocked at the news, but I cannot talk any more,’ Mrs Heywood said.” [The Telegraph]