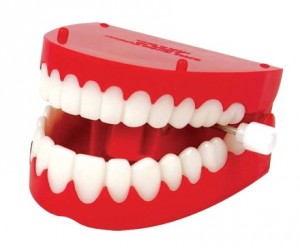 Let’s get right to it. Shanghai Daily:

A single mother bit off the penis of her 9-year-old son in a state of delirium on Sunday in Yibin, a city in southwestern Sichuan Province, local media reported.

In my wildest fever dream, I will never again describe myself as being “in a state of delirium.

The boy is not in critical condition after hospital treatment but he would suffer lifetime disability, the doctors told the Southwest Metropolis Daily.

Doctors spent two hours to save his life and his relatives failed to retrieve his penis that was gnawed by his mother.

We’re told the boy, Liang Liang, was visiting her mother at a Buddhist temple, “where she was staying to cure her mental disorder.” Nothing about this story is very comfortable to read.

“The boy needs long-term therapy to treat his mental trauma, more so than physical injury,” a doctor told the newspaper.

In case you need a reminder, this is not the first time a parent has bitten off a young child’s penis in China. The other time it was also reported by Shanghai Daily (though the article is behind a paywall, so here).

And as long as we’re talking about horrific castration, here’s a boy just last month who tried to cut off his own penis.

4 Responses to “Did We Read This Right? Mother Bites Off Son’s Penis”