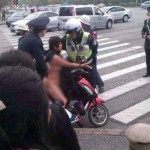 Via Hug China: A middle aged woman stripped herself nude and tore at male cop's trousers when fined for riding her scooter in the wrong direction in Shanghai. 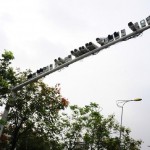 Here's an intersection in Shanghai with 60 surveillance cameras. What do you think they're on the lookout for? 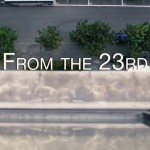 Good morning, everyone. Here's a masterly little timelapse video shot by Joe Nafis from his 23rd-floor apartment window in Shanghai, with footage collected over two years. Now go do something inspirational today, people.

Youku user chenkai0104 uploaded this video of two men in a flat-out melee on Line 2 of the Shanghai Metro on Tuesday. These chaps show some real form! Check out the passengers laughing from the sideline, delighted to have front-row tickets for this bout. The two men pause for a rest at the 34-second mark as a referee steps in. And then, for all our benefit, the sparring resumes. 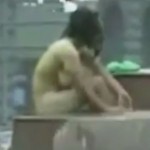 The lovely young woman who's been flashing late-night revelers in Shanghai has been detained -- maybe. 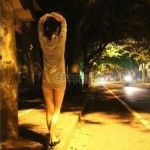 Described by Shanghai Daily as striking "sexy" poses around Hengshan Road in Shanghai, a young woman has been stripping for bar-goers late at night, for reasons unknown. Let the speculation begin about her motives: 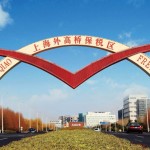 Despite the hoopla around China's new free-trade zone that opened on Sunday, details are sparse on exactly how the promise of economic liberalization will help boost the economy. The 11-square-mile area in Shanghai will purportedly become a testbed where interest rates will be set by markets, foreign firms can freely trade the yuan, and outside investors can put money into previously off-limit state sectors. 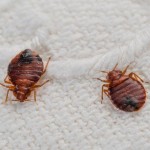 Probably not worried enough to not take the train, because the alternative -- flying -- is really much worse. Still, this is slightly concerning: 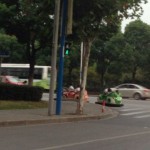