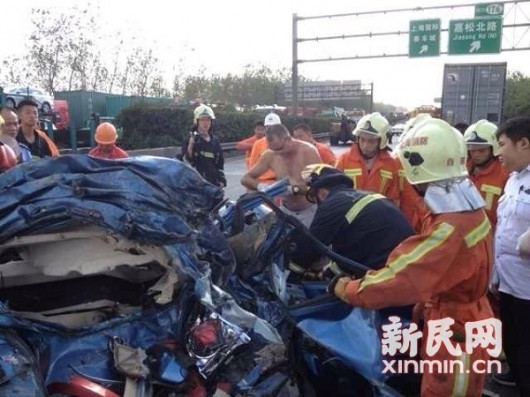 Tommy Patton told Shanghai Daily yesterday that he was not a hero and only did what he could and should do.

“I saw them and helped them,” Patton said.

He left the scene of the accident after helping them out.

“I saw the foreigner squatting outside the car when I got stuck on the jammed expressway,”  said netizen “kisspengtai,” who claimed he was at the accident spot and uploaded a picture on  his Weibo blog.

Patton kept talking to the injured passengers in the car and tried to keep them conscious,” kisspengtai said. 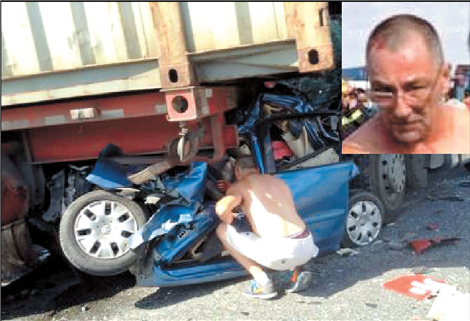