A residential building fire on Monday near Yuegezhuang Bridge in Beijing forced one particularly desperate man scurrying out of his fifth-floor window and onto a very thin ledge, where he held on for several white-knuckle minutes. Then, at the 5:07 mark of the above video, he falls — simply falls. People gasp, then scream.

Throughout all this, a woman behind the camera can clearly be heard asking, “What’s to be done?” It’s a flabbergasting question, because is anything to be done? Last month in Guangdong province, a toddler survived a six-story fall because passersby quickly found a tarp to break her descent, but tarps aren’t exactly always lying around when you need one. Meanwhile, others pondered out loud whether they should “call someone” — like, perhaps, the fire department. (Although to be fair, someone probably did call.)

After the man falls, he lies motionless on the ground. No one dares approach — not even the police officer, obviously untrained for these situations, despite the fact that they happen more often than we’d like to see (just this past Sunday, for instance). Several people have their phones out, presumably calling for help (or, as it were, taking pictures/video). Eventually, after the shock of it has worn off, someone goes up to check on the man. 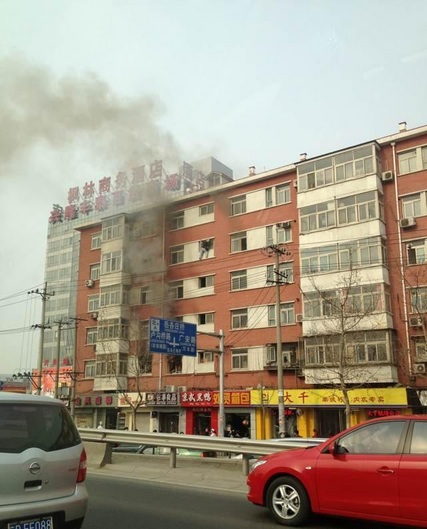 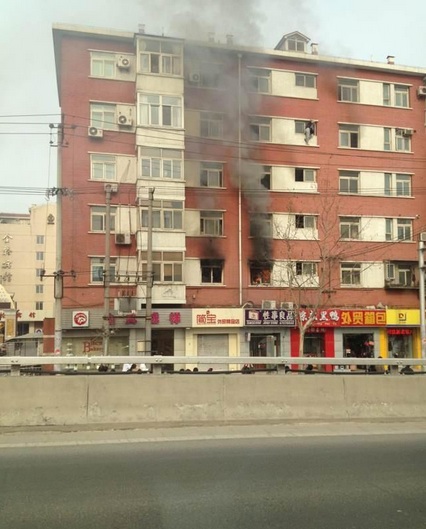 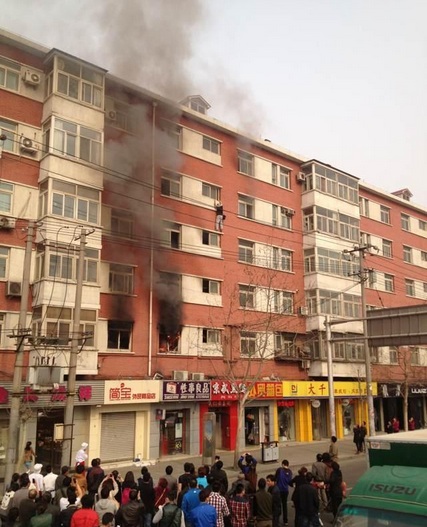