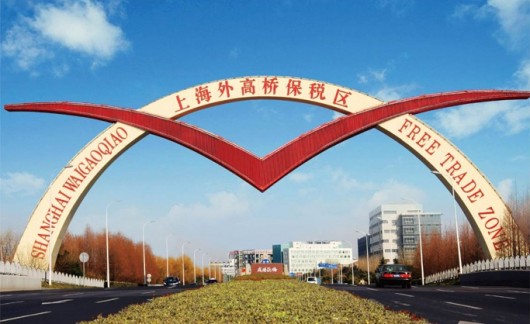 Despite the hoopla around China’s new free-trade zone that opened on Sunday, details are sparse on exactly how the promise of economic liberalization will help boost the economy.

The 11-square-mile area in Shanghai will purportedly become a testbed where interest rates will be set by markets, foreign firms can freely trade the yuan, and outside investors can put money into previously off-limit state sectors.

On the surface, that sounds pretty good, until factoring in the notion that whatever happens in Shanghai is meant to eventually become national policy.

“The zone should function as a test field for reforms and an open economy that would provide experience that can be duplicated and promoted nationwide,” said a Chinese government statement released on Friday.

Exactly what this means and how that will happen is anyone’s guess, with speculation running rampant.

For perspective, I asked the one person I know who always has an answer for everything — my neighbor’s kid, Christian M., age 8.

Beijing Cream: Christian, people are really excited about the new free-trade zone. The BBC, for example, sums up many viewpoints succinctly by calling the FTZ “the most important attempt at reform since Communist leader Deng Xiaoping, the architect of China’s transformation to a market economy, designated Shenzhen on the border with Hong Kong a special economic zone in 1980.” Do you agree?

Beijing Cream: Sorry, stupid question. I know there are far too many unknowns to be able to comment with any semblance of intelligence. After all, as Lu Ting, Hong Kong-based head of Greater China economics at Bank of America Merrill Lynch Global Research, pointed out, China’s most heavily needed areas of reforms, like those in state-owned enterprises (SOEs), public finance, land ownership, and the hukou (residency permit) system, “won’t be in the spotlight” in the FTZ. It’s silly to think that whatever happens in the FTZ can be replicated elsewhere, at least until China reveals more specifics.

Beijing Cream: If I’m reading reports right, the current foreign direct investment (FDI) regulation will be suspended for the zone, making licensing approvals less of an ordeal, and full foreign ownership of companies possible in a slew of new sectors. The Los Angeles Times, in fact, wrote that among other features, the free-trade zone is supposed to make it easier for foreign companies to open travel agencies, theaters, banks, brokerage houses, telecommunications firms, sell health insurance or make video game gadgets — businesses that were all restricted to Chinese companies or joint ventures…

Christian: [Perks up a little at mention of video games.]

Beijing Cream: Do you think this means that companies registered in the free-trade zone can sell to the entire Chinese market — which would be a major opening — or if they are completely restricted to the zone? And equally as important, won’t geographic financial market liberalization on capital flows and financial market prices lead to arbitrage and even market speculation?

Christian: [Looks up at me like the answers are obvious.]

Christian: Can I go ride my bike now?

As I watched Christian ride away, I knew we were on common ground and in sync. The Shanghai free-trade zone could either lead to a fully convertible currency and open capital markets, which could lead to the renminbi becoming an international currency like the dollar and euro, or a futile experiment. As a Time commentary makes clear, the economy requires all sorts of other reforms — of bloated state-owned enterprises, poorly managed banks and weak rule of law — before a full financial opening of the nation can be successful.

Ray Kwong is a US-Asia consultant and commentator. Follow him @raykwong. (A version of this post also appears in The Corner.)