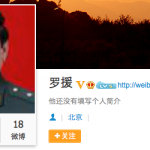 In one his first Weibo posts, General Luo Yuan described social media as a critical “battleground” in modern society. As his first week on the service draws to a close, it seems that his comparison was spot on, though he appears to have misjudged the combatants. His use of the service for bizarre and blatant... Read more » 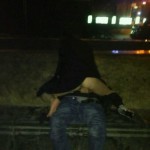 What do former Taiwan premier Frank Hsieh Chang-Ting, former Google president Kai-Fu Lee, and human rights lawyer Pu Zhiqiang have in common? Within the last three weeks, each of them has seen his Sina Weibo account suspended. In Lee’s case, he was slapped with a three-day ban. In Hsieh’s case, his account was completely trashed.... Read more » 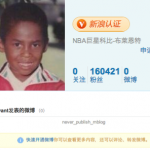 We’re not sure when this happened, but the Black Mamba joined Sina Weibo. He hasn’t posted a thing, but more than 160,000 people are anxiously awiting that first message (that number of followers is rapidly increasing, by the way). The last time Kobe Bryant was in China, he did ridiculous things like score 68 points... Read more » 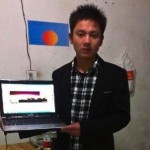 Less than a week after outing himself as the microblogger behind the super popular “Study Xi Fan Club,” migrant worker and college dropout Zhang Hongming may be calling it quits. According to SCMP: Zhang, who has more than 800,000 followers, wrote: “Goodbye. I was happy when I came here, but I’m leaving today with deep... Read more » 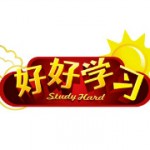 Who’s the person behind the most popular Xi Jinping microblog in the world, Xuexifensituan (Study Xi Fan Club [the image icon reads "Hao Hao Xue Xi," Thoroughly Study Xi]), with its 737,000 followers? Just a really big Xi Jinping fan, it turns out, who happens to be a college dropout. As revealed by Associated Press:... Read more »

A remarkable message was published recently on Sina Weibo, supposedly written by a company manager who goes by @geniune_Yu_Yang — an account that has since been deleted. Prompted by perceived public misunderstanding of Sina Weibo’s handling of the Southern Weekly story, the writer posted a screenshot of text that illustrated the how and why of its... Read more » 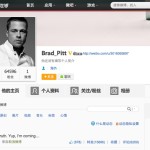 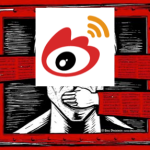 As China ramps up Internet restrictions, companies like Sina Weibo are demonstrating they’ve clearly gotten the message by passing on the consequences to you, the user. Via Tech in Asia: Users of Sina Weibo that mention things somewhat more controversial than cats or food might find their posts being delayed – by seven whole days. The Twitter-like Sina Weibo... Read more » 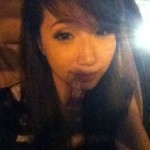 In the early morning of August 19, @安娜830321 of Shantou, Guangdong province posted this message on her Sina Weibo: “So drunk, but still gotta drive home." She didn't make it home. As Tea Leaf Nation tells us: The next day, local news in Shantou, Guangdong Province, reported that a white BMW rammed into a road barrier in early morning and the female driver was killed.