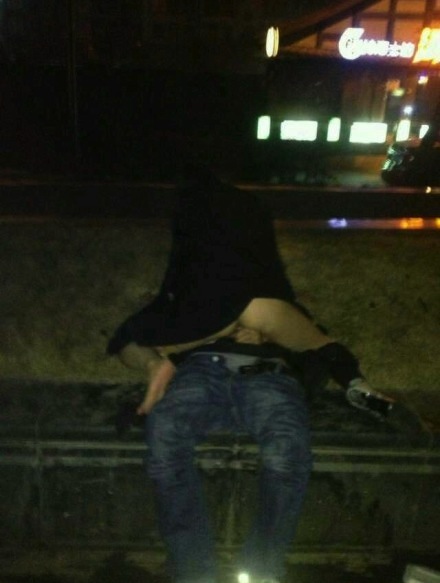 Saw a ferocious woman at Jiuyan Bridge. I reckon she drank too much! After pinning down a man on the side of the street, she took off her pants and ferociously mounted him. The man even resisted at the start! Finally, he yielded to the woman’s raping and blushed as he picked up his underwear and walked off! The woman picked up her pants and crossed the street along Jiuyan Bridge.. numerous male netizens on Weibo have claimed they want to go to Chengdu and wait~~

People say the women of Chengdu are spicy — lameizi. This is kind of what they mean, writ extra large.

2 Responses to “Did This Guy Get “Raped” By A Girl On The Streets Of Chengdu?”