A foreigner nearly incited a riot in Zhengzhou, capital of Henan province on Friday evening after he got into a physical confrontation with a Chinese woman on the road. The foreigner, riding a BYD, apparently thought the female had hit his car with her electric bike, so he got out and slapped her twice across the face, according to an eyewitness interviewed in the video (subtitles are mine, along with any errors), and then spat in her face. A very angry mob surrounded the vehicle for hours, puncturing its tires. Finally, with crowd emotions still high, stoked by nationalism, a squadron of cops smuggled the foreigner into a police vehicle and drove away.

Before we go any further, let us warn against slinging accusations that only serve to reveal your personal prejudices. Whenever these foreigner-Chinese confrontations arise — and they do more often than we’d like — there’s a tendency to rush to conclusions, leading to gross generalizations, misguided anger, and paranoia. It’s obvious and goes without saying that slapping and spitting on someone is an act worthy of condemnation across cultures, but so too is mob violence. Regarding the Friday incident in Zhengzhou, we can only agree that hardly anyone comes out looking very good.

The story continues. With the alleged assailant trapped inside his car, someone outside shouts, “When you’re hitting a person you play hero, afterwards you play the coward.” Another man, on his bike, says into the camera, “He sits inside strangely nice and cool, comes to China to hit Chinese people. Too crazy.” The most angry comment that’s subtitled: “Come out, fuck him, handcuff him to a tree.” 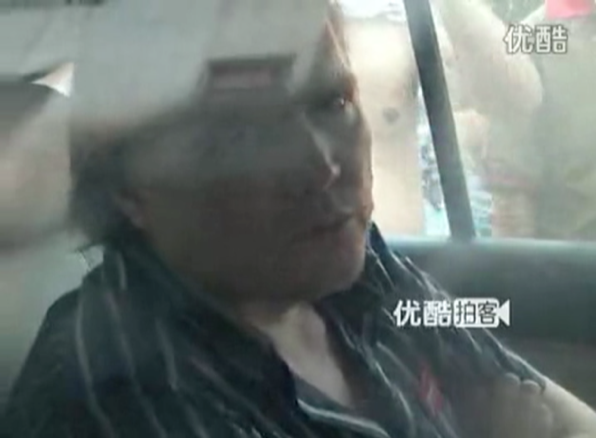 One man sees a Walmart card poking out of the foreigner’s breast pocket, and wonders, “Walmart is American, right?” (It appears that there’s another passenger next to the foreigner, but we’re never told who he is.) For whatever reason, people want to know his nationality. “I just want to ask what country he’s from,” one man angrily demands. “So fierce!” 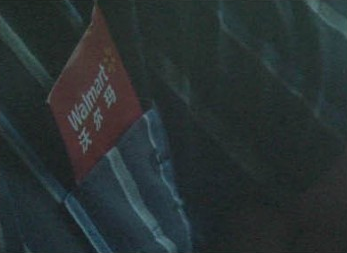 Relatively high-level officials — or at least those with the authority to make important decisions — get called in to settle the stalemate. One of them decides that the foreigner needs to be hauled away (arrested), which would “be like a victory for us,” by which he means the laobaixing, commoners who were demanding street justice. After the foreigner is hauled away, the mob turns its attention to the BYD, with someone imploring, “Smash his car!”

If there is anyone who comes away from this incident looking all right, it’s the official who, in the center of a still-incensed pack, tells the people, “Listen to me. This situation, I’m taking back, I’ll handle it properly. If I don’t handle it properly, I’ll resign. I’ll make my position known to everyone. Don’t worry!”

The people actually cheer him and appear to disperse soon after.

As always, we’ll keep you updated with details as they become available.