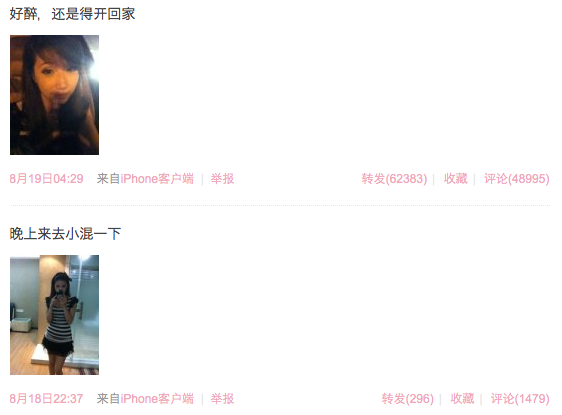 In the early morning of August 19, @安娜830321 of Shantou, Guangdong province posted this message on her Sina Weibo: “So drunk, but still gotta drive home.”

She didn’t make it home. As Tea Leaf Nation tells us:

The next day, local news in Shantou, Guangdong Province, reported that a white BMW rammed into a road barrier in early morning and the female driver was killed.

Almost three months later, some social media users put two and two together and figured out that @安娜830321 had left her final message on Weibo. The immediacy of @安娜830321‘s death seemed to have shaken many of her fellow social media users. The topic became the most discussed story on Sina Weibo on November 1, with more than 33,000 comments and 49,000 retweets.

The story gets sadder.

@安娜830321 was a single mother who left behind a two and a half year-old boy, and apparently wealthy, she did not appear to be happy. “Some commentators speculated that her alcoholism stemmed from a failed marriage,” TLN reports.

That the woman is young and attractive has certainly helped this story gain traction. Her Sina Weibo remains open, a ghost account that serves as a lingering reminder of… a life. 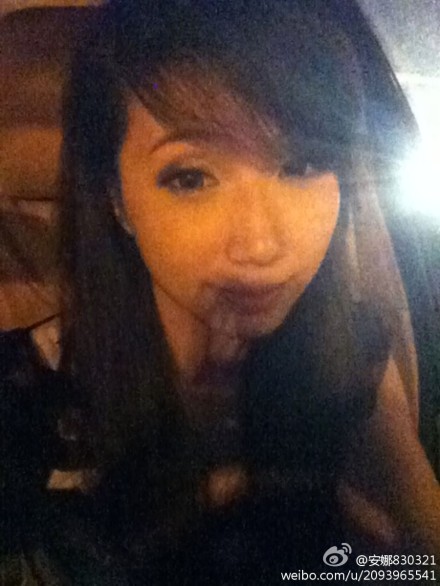 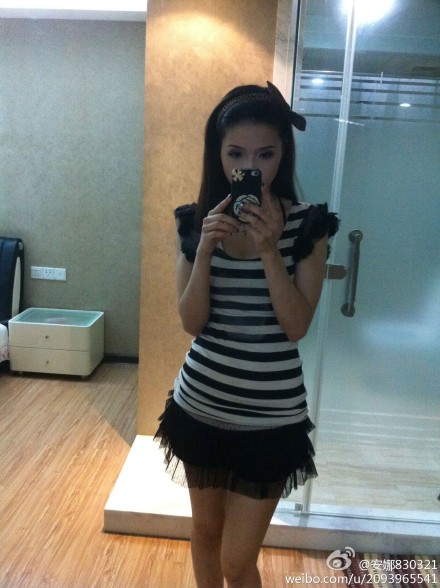