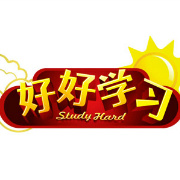 Just a really big Xi Jinping fan, it turns out, who happens to be a college dropout. As revealed by Associated Press:

It turns out it’s the brainchild of a male college dropout and migrant worker, Zhang Hongming, who told The Associated Press in an exclusive interview that he is both a genuine fan of China’s new leader and intent on making him more accessible to the country’s people.

“It is just me. It’s completely an individual act,” said Zhang, who started the “Fan Club of Learning From Xi” on China’s Twitter-like Sina Weibo on Nov. 21 with a simple thought: Like other foreign leaders in these times, Chinese leaders should have an online following.

When Zhang began, he only used photos readily found on the Internet, but the microblog became so popular that he now crowd-sources images and reports, including candid shots like this one. He’s so good that popular media even complains about his “access.”

The microblog even tracked Xi’s recent trip to Gansu province step by step, beating state media in reporting Xi’s activities. National broadcaster CCTV complained on its own microblog: “What happened? The Study Xi Fan Club is quicker and closer to him than us.”

Interestingly — reading between the lines a little bit here — it seems Zhang’s initial attempts to post about Xi were foiled by censors, because he originally named the microblog “Fan Club of General Secretary Xi.” He “found he had difficulty posting to it,” according to AP. Then he changed the name to what it currently is, with a pun on “Xi,” which also means study.

Zhang says he’s yet to be visited by authorities, no tea session or anything of the like, so maybe they tacitly approve? But one thing’s for sure: now that he’s revealed his identity, this “ordinary office worker,” as he described himself in a post, can expect a lot more publicity. Maybe one of the local Spring Festival TV galas will sign him up for an appearance. Welcome to fame, Zhang Hongming.