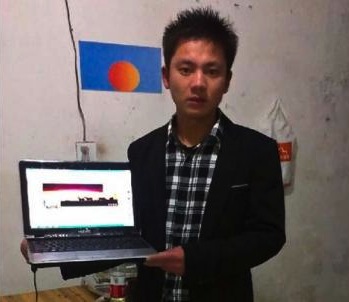 Less than a week after outing himself as the microblogger behind the super popular “Study Xi Fan Club,” migrant worker and college dropout Zhang Hongming may be calling it quits. According to SCMP:

“I feel remorse and regret for disturbing them due to the existence of the Fan Club of Learning From Xi.” He did not explain who he meant by “them”.

Here was his message: 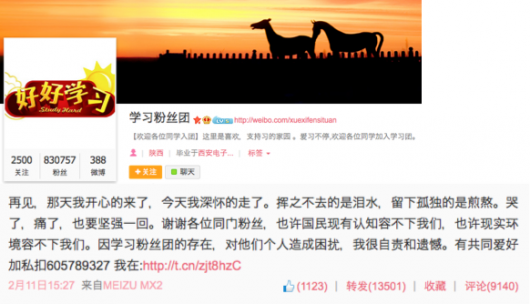 Speculation is rampant as to what’s happening. Could officials be worried about an eventual cyber betrayal? Zhang wouldn’t be the first person to win government support before losing it. Is Zhang burned out? Is he actually a state insider now in trouble for talking to foreign media?

One popular internet commentator wrote: “Obviously he was not silenced, but rather was advised to quit. Perhaps only he himself knows where the pressure came from.”

Only he knows for now. It’s always sad to see a good blog go down, but the site is still active as we speak, so maybe it’ll last a bit longer yet. Hopefully we get a fuller story later.