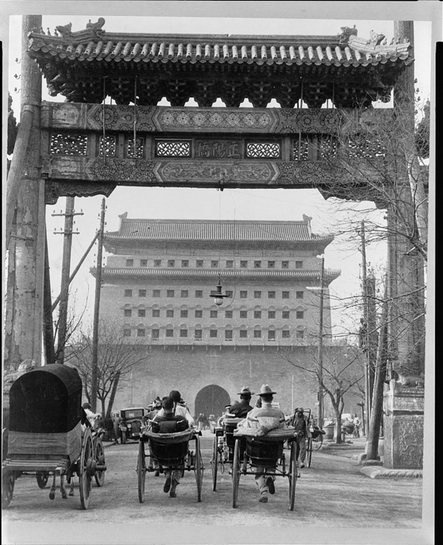 Foreign Policy: “Here, we see Qianmen Gate, one of the main entrances to the once-walled city of Beijing, in 1901.” (Via Library of Congress)

The Dutch football team plays China tomorrow evening at Workers Stadium. Thought you might know in case you were thinking about driving around there. Don’t do it links.

11 years. “A Chinese court on Sunday sentenced the brother-in-law of jailed Nobel Peace Prize laureate Liu Xiaobo to 11 years in prison on charges of fraud in a case that rights activists have called another example of official retribution on the Liu family. // Supporters of Liu Hui say his case was trumped up, aimed at thwarting the increasing attention by the rights community on the plight of Liu Xia, who has remained under effective house arrest since her husband Liu Xiaobo won the Nobel Prize in 2010.” (Reuters)

New York Times gets called out for Xiaomi smartphone story. “The New York Times’s latest piece on the company was, I think, extremely misleading. So while I have nothing but respect for author David Barboza, I feel I can’t help but rip this one apart. // The whole article is based on the premise that Xiaomi is aping Apple and Steve Jobs, and on a surface level, this is pretty true. Both companies sell smartphones. Both founders favor black shirts with jeans. But beyond that, it all starts to break down. So let’s go through this article bit by bit and see what we can say about it. It begins…” (Charlie Custer, Tech in Asia)

Eek. “A high school student in Guangzhou is in a stable condition after being stabbed in the throat as soon as he stepped out of the hall in which he took the National College Entrance Exam on June 8, Yangcheng Evening News reports.” (The Nanfang)

Speaking of whistleblowers. “People may not know what online whistle-blower Zhou Xiaoyun looks like when his name is credited for a long list of scandals exposed by him – from the fall of an energy magnate to recent rows over Red Cross Society of China (RCSC) – given that he bides his time at high-profile events avoiding the spotlight, hiding behind a mask and a dark pair of shades. // Zhou, the Guangzhou-based senior media practitioner, who dubs himself ‘an amateur-but-absolutely-reliable whistle-blower,’ has been dominating media headlines since the end of last year, when China saw a surge in anti-corruption campaigns online.” (Global Times)

Oops. “‘In the matter of its shrimp balls ad, Pizza Hut would again like to solemnly apologise to all people living with disabilities and the general public, we hope for everyone’s understanding,’ the company wrote in a microblog post on Thursday.” (SCMP)

Part of a pretty great cover story package. “If I’m honest, I’ve always been secretly interested in what it would be like to have double eyelids. The curiosity stems from my family. According to my mom, one of the most important reasons why my dad’s family – who all have single-fold eyelids and narrow eyes – wanted my parents to get married was that my mom has ‘large beautiful eyes with double eyelids.’” (That’s Beijing)

Stand-up comedy in Beijing. “Working the room and dispensing high-fives is a 29-year-old American named Toby Jarman, a member and regular performer at the club. Jarman came to Beijing in 2011 when his wife was recruited to teach at an international school. Prior to moving to China, he had been involved in the stand-up comedy scene in Portland, Oregon and in March 2012, craving the buzz of being on stage again, Jarman approached Hot Cat’s owners with the idea of an open-mic night.” (The Atlantic)

Best book on foreigners in China? “Got asked that question the other day in an interview so thought I’d share….it is, of course, Harold Acton’sPeonies and Ponies.” (Paul French, China Rhyming)

And here he is on camera explaining Hong Kong. (The Guardian)

“Local expat taking as many cabs as possible before price increase.” (Ministry of Harmony)

“Do American Politicians Even Care About the Rise of China Anymore?” (The Atlantic) 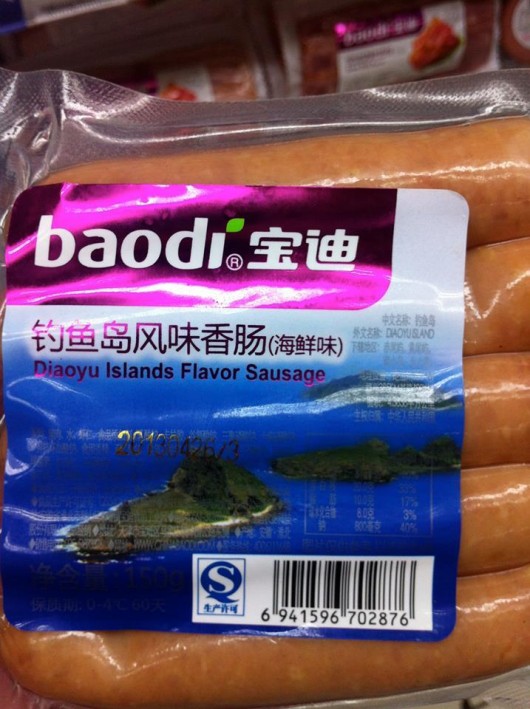