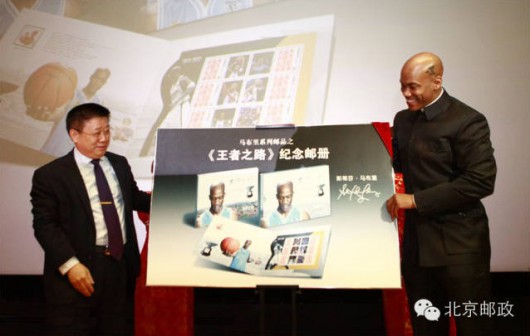 Winning come with perks. After leading the Beijing Ducks to their first Chinese Basketball Association championship, Stephon Marbury was honored with a statue. Then he got a book deal. After championship No. 2, he was made an honorary citizen of Beijing. After championship no. 3, in which he was selected MVP, he’s now on a Chinese postage stamp.

On Saturday, the stamps were revealed in a ceremony at the National Museum of China. Marbury was quoted in Xinhua:

“I’m still trying to wrap my head around the fact that people will be able to buy a stamp of me to mail packages anywhere in the world,” said Marbury, who plans to give a speech at the National Museum of China in Beijing.

“I am truly humbled. Never did I imagine in all of my 38 years of living that I – a kid who grew up 7,000 miles away from Beijing and a kid who came from the projects of Coney Island – would have a stamp of myself. I can never have dreamed it.”

Xinhua also reports that the Coney Island native has applied for a Chinese green card.

More pictures of the stamps are here. 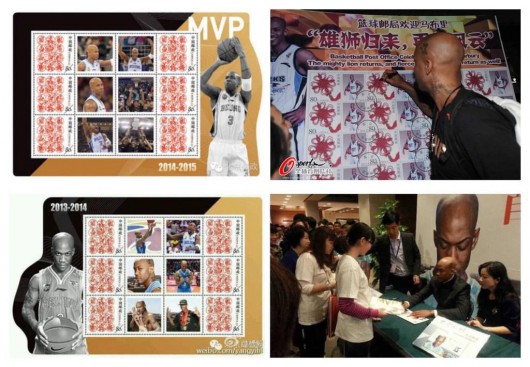 At this point, I’d be shocked if the Stephon Marbury movie isn’t released in Chinese theaters within five years. 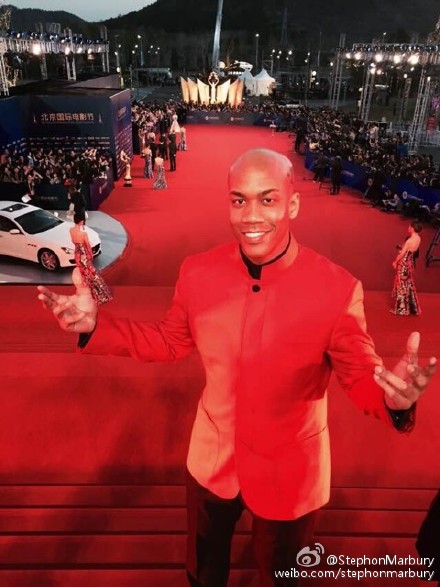