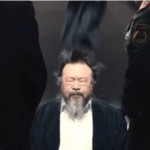 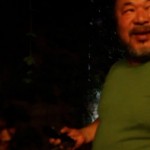 On top of everything else, Ai Weiwei is a barber. A good one? Hm. Maybe we're getting ahead of ourselves. Let's start here: exactly what kind of haircuts does he give? “The kind that will make you want to cry," he said. “Just don’t make it boring,” I told him. “It won’t be boring.” ~ We were sitting on outdoor benches on Wednesday evening at the restaurant Fodder Factory in Caochangdi, a tiny urban enclave whose intimacy and absence of pretension has attracted some of the city's more self-motivated and independent artists, filmmakers and celebrities, Ai Weiwei included... 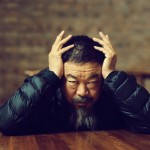 The outspoken agitator you know as Ai Weiwei -- who, last we checked, is still not allowed to leave the country -- might be weary and beat down (or just mugging for the camera), judging by these pictures by Jamie Hawkesworth, who recently visited the artist in his Beijing studio, commissioned by the magazine AnOther. As Rob Alderson writes on It's Nice That: 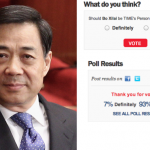 There’s no question Bo Xilai has had an eventful year, directly responsible for outrage, consternation, confusion, exhilaration, and joy (he was manna from heaven for China’s foreign correspondents). As Time’s Austin Ramzy writes, “Bo was favored to win a seat on China’s all-powerful Politburo Standing Committee this fall after having boosted his popularity by reviving Mao-era... Read more » 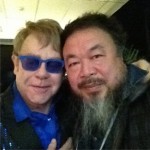 This picture (and the ones after the jump) is via Gonzalo the 3rd (update: originally posted to Ai Weiwei’s Instagram), and appears to have been taken today. Tipster Mark D writes in: Elton John dedicated this evening’s show to Ai Weiwei. Not exactly on the Bjork-Free Tibet scale of scandal, but still interesting nonetheless. The Bjork... Read more » 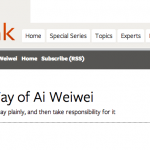 Hosted by Big Think, The Way of Ai Weiwei is Ai Weiwei’s first blog since the government shut down his previous one in 2009. From the “About” section: 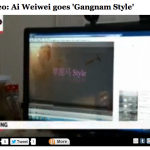 We have officially just seen what happens when a 120-year-old man time travels from the 1910s to the 2010s and is told to “put that Ai Weiwei Gangnam video on the Internet.” His head doesn’t explode, but we wish it did. Look at the above. Just look at it as you would a Millie Brown... Read more » 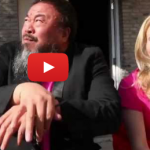