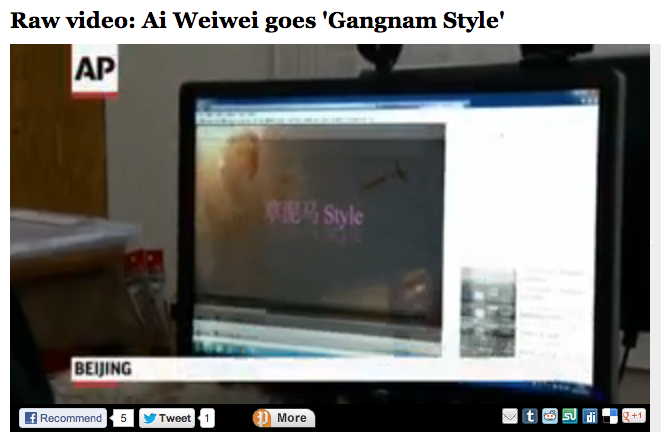 We have officially just seen what happens when a 120-year-old man time travels from the 1910s to the 2010s and is told to “put that Ai Weiwei Gangnam video on the Internet.”

His head doesn’t explode, but we wish it did. Look at the above. Just look at it as you would a Millie Brown art exhibition of vomit and bodily goo. “Raw Video,” Washington Post calls it in its headline.

If this didn’t bum me out so much about media’s prospects, I’d type 100 “ha’s” and leave it at that.

The worst part? It fucking autoplays. See it after the jump.