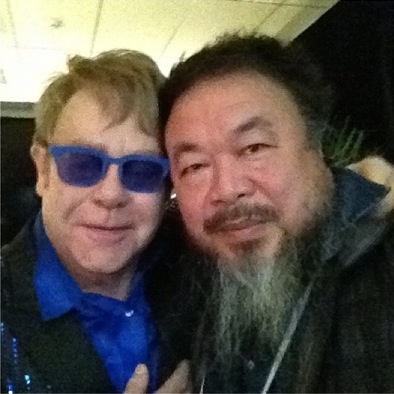 This picture (and the ones after the jump) is via Gonzalo the 3rd (update: originally posted to Ai Weiwei’s Instagram), and appears to have been taken today. Tipster Mark D writes in:

Elton John dedicated this evening’s show to Ai Weiwei. Not exactly on the Bjork-Free Tibet scale of scandal, but still interesting nonetheless.

The Bjork scandal, of course, refers to a March 2, 2008 Shanghai concert when the Icelandic singer shouted “Tibet, Tibet” during the finale performance of “Declare Independence.” The culture ministry subsequently tightened control over all foreign acts. “She said something without thinking, and left us [in the Chinese live music industry] to clean up her mess,” Archie Hamilton of Shanghai-based music promoter Split Works told the Guardian. Yeah, people weren’t happy.

It’s unlikely there’ll be blowback from Elton John’s call-out to his friend at tonight’s concert at MasterCard Center (a.k.a. Wukesong; the show should be wrapping up as we speak). Now, if he had donned black shades and shouted, “Chen Guang-fuckin’-cheng, amirite?” we might have a problem. 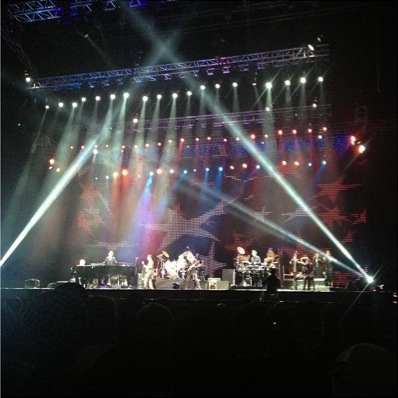 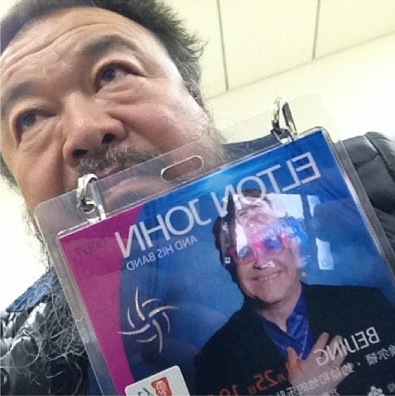 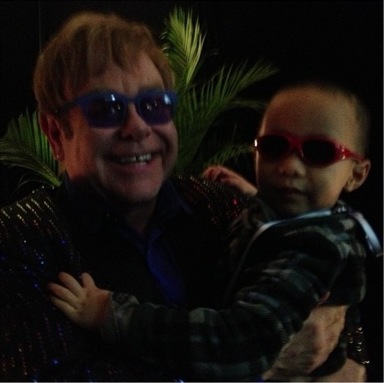 UPDATE, 9:17 am: The above is Sir Elton John with Ai Weiwei’s son, Ai Lao. And look at how enamored Ai Weiwei is:

“I’m in love with him, though we spent less than 10 minutes together. Sincere, generous.”