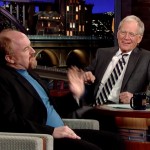 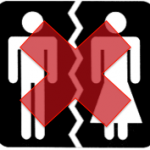 In March, China began regulating the number of properties families could buy, prompting couples around the country to file for divorce so they could buy more properties. In Nanjing, the schools available to children were tied to household registration, causing another wave of divorces in that city (we wrote about this one, citing Louis CK). So what's a poor government to do in the face of that terrible loophole to its policy? 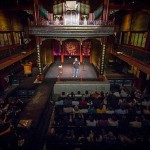 Remember when Louie CK visited Beijing? Certainly you do, especially if you were one of lucky hundred or so who got to attend his exclusive show. Well, the scenes he filmed here have finally been aired, in the finale of Season 3, “New Year’s Eve.” We don’t have footage of it yet, but you can... Read more » 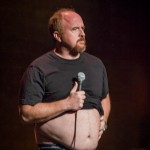 The Beijinger just posted 24 pictures of Louis CK at work on Sunday night. Go check it out (we sample a few after the jump). In the above, we can only assume he was delivering his Chinese potbelly joke, which RFH described thusly in yesterday's review: Of course, though, China is changing, as Louis kept remarking: “We [Americans] think you’re all peddling bicycles, wearing little hats… it’s nothing like what we think.” But “I keep seeing this guy: [flips up shirt to reveal proud potbelly].” 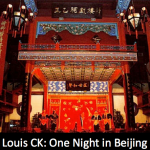 Louis CK played a show in Beijing last night; he spoke for just over an hour. Here’s what we can’t talk about – the organizers. Even though they were in season and up on stage last night, handing out the shout-outs like skittles, after midnight, they became as shy as hedgehogs and asked us not to even mention their names. So, thanks [redacted], [redacted] and [redacted] and special thanks to Louis’s official Chinese sponsors, a new, Beijing-based, live, streaming porno site offering all users free credits per orgasm that can then be exchanged for Jack Daniel’s, Cheerios and Ray Bans; their site is found at [redacted]. 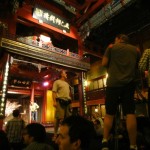 I guess Louis CK's Beijing show, which we told you about last Tuesday (and un-told you about after exorbitant ticket demand made organizers skittery), went off without a hitch. Jacob, who operates the excellent YouTube channel BeijingShenghuo, wrote in about his experience: I was at the Louis CK show tonight, as per your blog request I'll tell you a little about it. Kro's Nest and Slow Boat where there providing pizza and beer (not for free, of course, or even discounted) 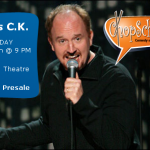 UPDATE, 11:45 am: I’m told that tickets are no longer available. UPDATE, 11:58 am: Please stop calling Chopschticks. UPDATE, 2:43 pm: At the request of organizers and in light of recent events, we’re removing some content in this post, partly because we’re huge fans of Louis CK, but also because we just don’t want to... Read more » 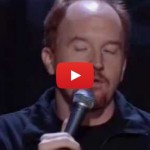 Because of hukou (registered permanent residency) issues and other bureaucratic folderol, three couples in Nanjing divorced so that their kids could attend public kindergarten. According to Shanghai Daily, who quotes one of the divorcees interviewed by the paper Modern Express: