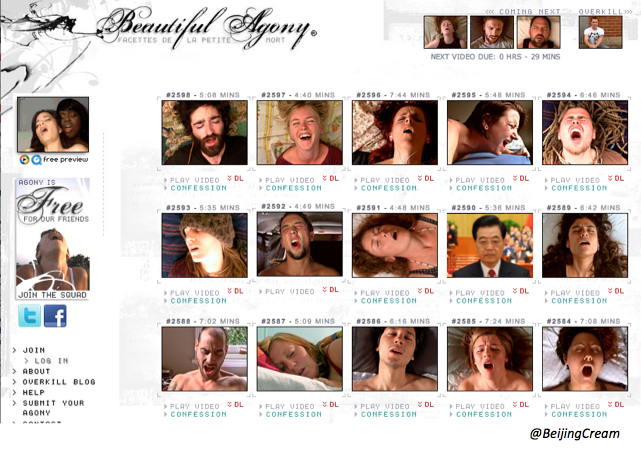 Beautiful Agony began as an experiment*, to test a theory that eroticism in human imagery lies not in the body, but in the face; that film of a genuine, unscripted, natural orgasm can succeed where the most visceral mainstream pornography fails, and that is, to actually turn us on.

Hu Jintao and Beautiful Agony were made for each other.

Hu Jintao began as an experiment, to test a theory that a robot in human imagery can perform basic tasks that require no facial expression; that it can deliver speeches — scripted of course! — and function according to prewritten programs. Like a human, it can even orgasm, turned on or not.

One Response to “We’re Sorry If This Gives You Nightmares, But This Is Hu Jintao’s “O” Face”