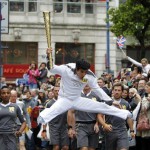 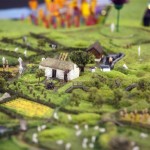 The jokes (and groans) are out today after Danny Boyle, artistic director of this summer’s Olympics opening ceremony, unveiled his vision, “inspired by Shakespeare’s The Tempest,” the Guardian tells us, and “ideas from Mary Shelley’s novel Frankenstein,” according to the Huffington Post. With a fair amount of Jane Austen’s countryside, I might add. Reports the Telegraph:... Read more » 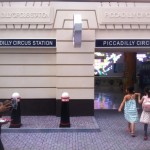 By RFH When the Chinese don’t have the time or money to visit a foreign country, they bring the foreign country to China. And they do it their way: at the Beijing World Park, for example, you can see Niagara Falls as it should have been (roaring into the Grand Canyon), learn that Southwark is... Read more »