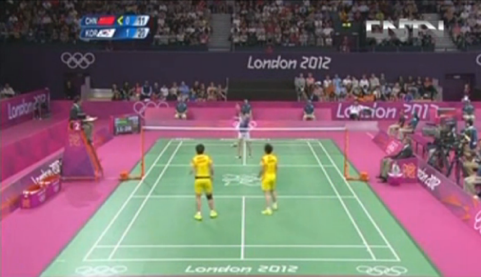 Courtesy of Sina, here’s actual Olympic footage! UPDATE, 12:06 pm: They’ve disabled the embed. But you can watch on Sina’s website if you’re within the mainland.

The players in the above have, as reported, been disqualified from the tournament. The Indonesian team withdrew its appeal, and the two South Korean teams’ appeals were rejected, according to AP.

Finally, we’d like to once again point to the eminently reasonable words of Lin Dan, China’s Olympic champion in men’s singles:

“Especially for the audience,” he said through an interpreter before the disqualifications were announced. “This is definitely not within the Olympic spirit. But like I said before, it’s not one-sided. Whoever sets the rule should make it knockout so whoever doesn’t try will just leave the Olympics.”

4 Responses to “Watch: What It Looks Like When Badminton Players Are Trying To Lose”