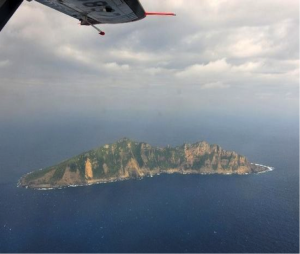 Japan scrambled F-15s to intercept a Chinese plane headed for the disputed island on Saturday, according to press releases from Japan’s foreign ministry over the weekend. The Y-12 propeller plane, operated by China’s State Oceanic Administration, came within 112 nautical miles of the island before turning back east and finally departing the area to the north.

It was the second time within a month that Japan has dispatched fighters to meet approaching Chinese planes. On December 13, Japan sent eight F-15s after its Coast Guard spotted a Chinese marine surveillance plane in the area.

At that time Japan’s foreign ministry called that flight “a dangerous act that escalates the situation.” This time, new Japanese Prime Minister Shinzo Abe, whose return to power last month worried some Sino-Japanese watchers, vowed to defend what he calls “Japan’s territorial waters,” according to Bloomberg.

Needless to say, China disagrees with this sentiment and sees the air patrols not as provocative, but a routine procedure vital to protecting Chinese sovereignty. And China doesn’t particularly appreciate Japan scrambling jets, which technically encroach into China’s territorial waters.

China vows to continue regular flights over the islands to make sure Japan doesn’t get any ideas. “The recent patrols are sending messages that the Japanese should face up to reality,” Wang Xingsheng, professor of Japanese studies at Peking University, said last month, as quoted in China Daily.

With neither side backing down, expect more agitation over the strategic islands, said to be rich in oil, gas and fisheries. And rock.

2 Responses to “Provocations Continue Over Diaoyu”