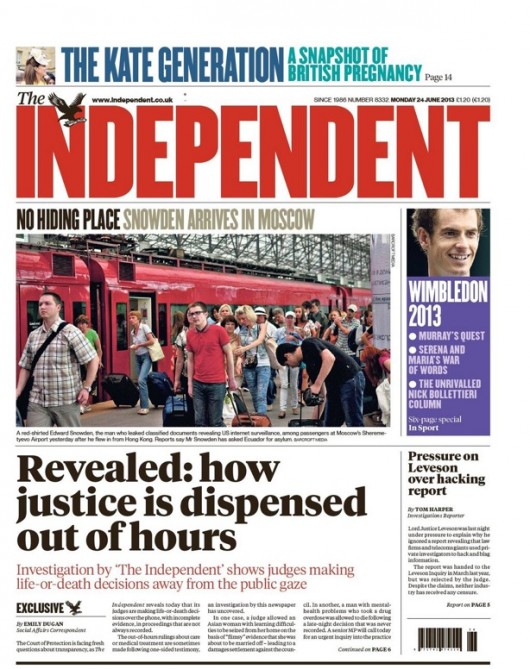 We don’t really have an explanation for this. Edward Snowden is back in the news in a big way — he left Hong Kong and is traveling to either Cuba or Ecuador via Moscow — but check out what the Independent did with the front page of its newspaper, which hits newsstands today. The caption reads: “A red-shirted Edward Snowden, the man who leaked classified documents revealing US internet surveillance, among passengers at Moscow’s Sheremetyevo Airport yesterday after he flew in from Hong Kong. Reports say Mr Snowden has asked Ecuador for asylum. BARCROFT MEDIA.”

Um. Are you sure that’s Edward Snowden? 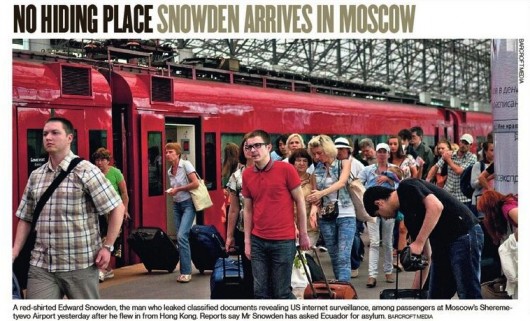 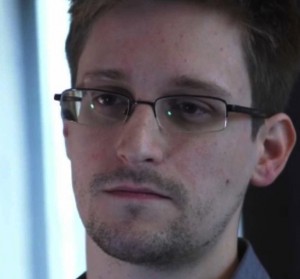