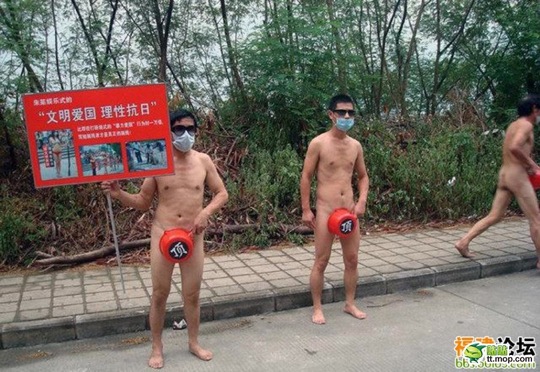 Back on August 24, weeks before people would double down on Diaoyu Islands senselessness, four protesters took to the streets in Shenzhen to urge “civilized patriotism, rational Japanese resistance.” Three of them wore swimwear — bikinis for the two girls, briefs for the man — and attracted attention as much for their message as their appearance. We posted about it here, with a video.

It was only a matter of time before the image of those scantily clad rabble-rousers got printed on a sign by protesters seeking to one-up them. Ahem, of course. Take note of the above, posted on TTMop on Saturday (more than 66,000 views so far), also from Shenzhen. The three men are naked save for sunglasses and medical masks; they hold pots over their private parts with the character ding – upvote (emphasis on up, surely). They… well, I don’t know. They’re there. That’s half the battle, as the saying goes. The Diaoyu Islands will return to China in no time. 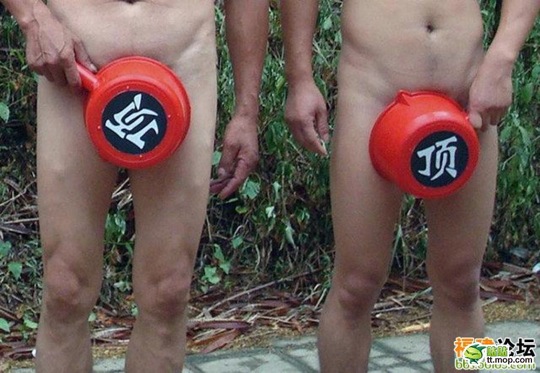